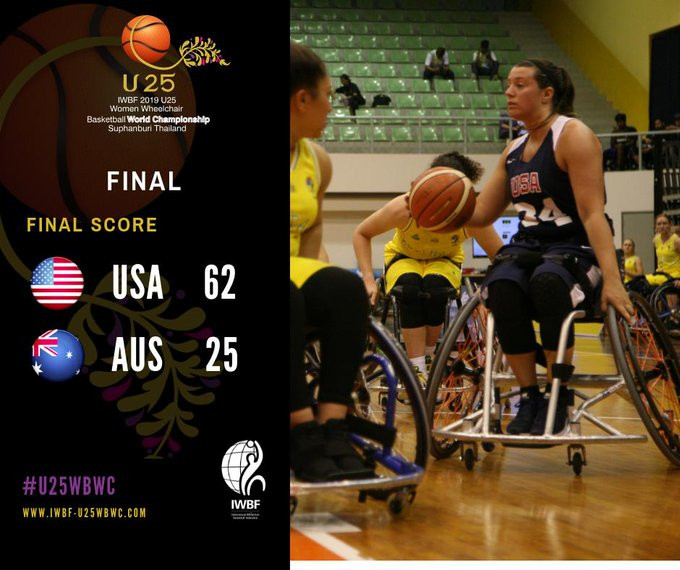 The US dominated their Australian opponents as they claimed a 62-25 victory at Suphanburi Stadium.

Captain Rose Hollermann was the star of the show for the American team as she racked up 18 points, two rebounds and one assist.

The US maintained a commanding lead throughout the match and were 18-2 in front after the first period.

U25 NEWS - It's BRONZE🥉for Great Britain 🇬🇧 at the 2019 Women's U25 World Championship, as they finish off in style against Japan 🇯🇵

Their advantage grew to 36-4 at half-time as the US seized complete control of the final.

Australia trailed 48-14 going into the final period and were unable to overturn the deficit as the US saw out a comfortable win.

Defending champions Britain, beaten by Australia in the semi-finals, enjoyed a positive end to the tournament as they beat Japan 63-31 to take bronze.