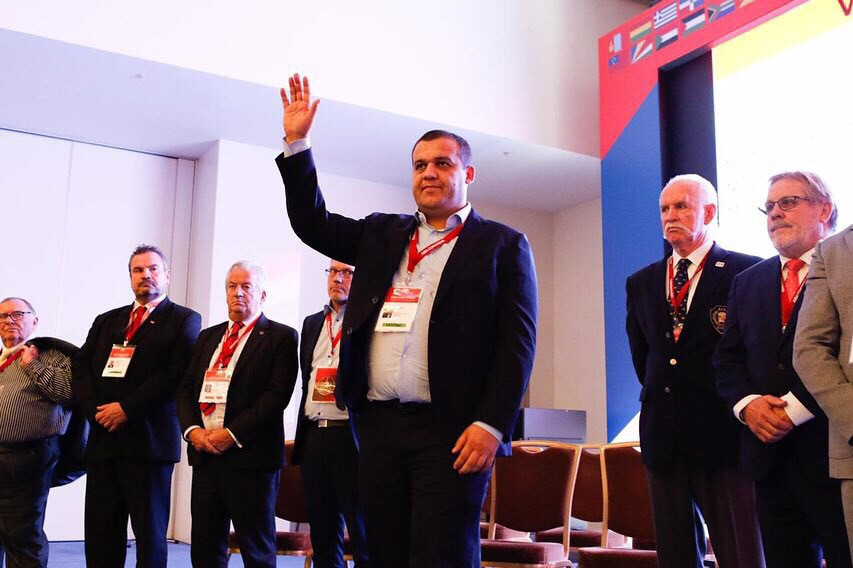 Russian Umar Kremlev has called for the entire leadership at the International Boxing Association (AIBA) to be replaced and backtracked on his intention to run for President in a series of proposals he claims will help preserve the future of the organisation.

Kremlev, a member of the Executive Committee whose influence appeared to be growing within the governing body until it was suspended by the International Olympic Committee (IOC), revealed he would create a "special fund" to help wipe AIBA's debt.

The lack of due diligence carried out by AIBA on the offer, welcomed by executive director Tom Virgets but which has not yet been officially ruled on by the Executive Committee, was among several severe concerns outlined by the IOC Inquiry Committee in its report.

Kremlev said the offer "still remained in force", despite the issues raised by the IOC Inquiry Committee, which questioned its source and also said the proposal, coupled with his intention to run for President, constituted a "major conflict of interest".

He claimed that "people, individuals and legal entities who are not indifferent to boxing will attract funds, including me" will put money into the fund to eliminate the debt and that he would seek the involvement of an auditing firm to "report on where the money came from and how each debt was repaid".

"If someone doubts that we can repay debts, we are ready to show this transparently in the nearest future," the European Boxing Confederation first vice-president added.

"We have already begun negotiations."

Kremlev also called for AIBA to hold an Extraordinary Congress if the IOC Executive Board's decision to suspend the organisation as the Olympic governing body for the sport and strip it of the right to run the boxing event at Tokyo 2020 is ratified at next month's Session, which is expected to be a formality.

He warned this would plunge the "world of amateur boxing into chaos for more than a year" and that AIBA "must not allow this to happen".

The Congress would be staged to "hold elections, change the entire system completely and to re-elect the entire AIBA leadership".

This is likely to include the AIBA Executive Committee, which the Russian sits on, and other key positions within the national governing body.

He also appeared to retract his declaration earlier this year that he would stand to replace former President Gafur Rakhimov, who stepped aside in March and whose election as the head of the organisation was the main reason AIBA was suspended by the IOC owing to his status with the United States Treasury Department as "one of Uzbekistan's leading criminals".

"My goal is not to become the head of AIBA, but to help reanimate the organisation," he said.

"We must move from words to deeds, to convene an Extraordinary Congress to invite observers from the IOC and from the sports community and to hold elections and change the entire system completely, to re-elect the entire AIBA leadership.

"For the organisation to be headed by people who love the sport of boxing.

"The main thing is that the oligarchs or corrupt officials do not come to control boxing, but that people who really want to develop and popularise boxing around the world."

Kremlev also claimed AIBA should radically change its judging and refereeing - highlighted as a major concern by the IOC Inquiry Committee - by moving to an electronic system.

The 36-year-old - whose name was changed from Umar Lutfuloev, allegedly because of past criminal convictions - claimed this would "eliminate the human factor" and remove the possibility of a repeat of the scandals which have marred every Olympic boxing tournament since Athens 2004.

The IOC warned this "presents serious legal, financial and reputational risks to the IOC and the Olympic Movement".

An IOC Taskforce has been set up, chaired by Japan's International Gymnastics Federation President Morinari Watanabe, to ensure the delivery of a boxing competition at Tokyo 2020.

The group will also be tasked with organising the qualification system, with events due to take place between January and May next year.

But Kremlev is optimistic AIBA can still be saved if "serious reforms" are introduced.

"I want to call to action AIBA Executive Committee and the entire boxing community: now the moment has come for us when decisions need to be taken carefully and quickly," he added.

"We must listen and accept all the comments made by the IOC, eliminate all the shortcomings that still exist.

"Our goal is to protect the interests of boxers and coaches, to preserve the main organisation that has been managing our sport for more than 70 years.

"For this you need to do real things, putting boxing above any personal interests.

"If we can all unite and carry out a big reform within AIBA, this will help to fundamentally change a difficult situation."