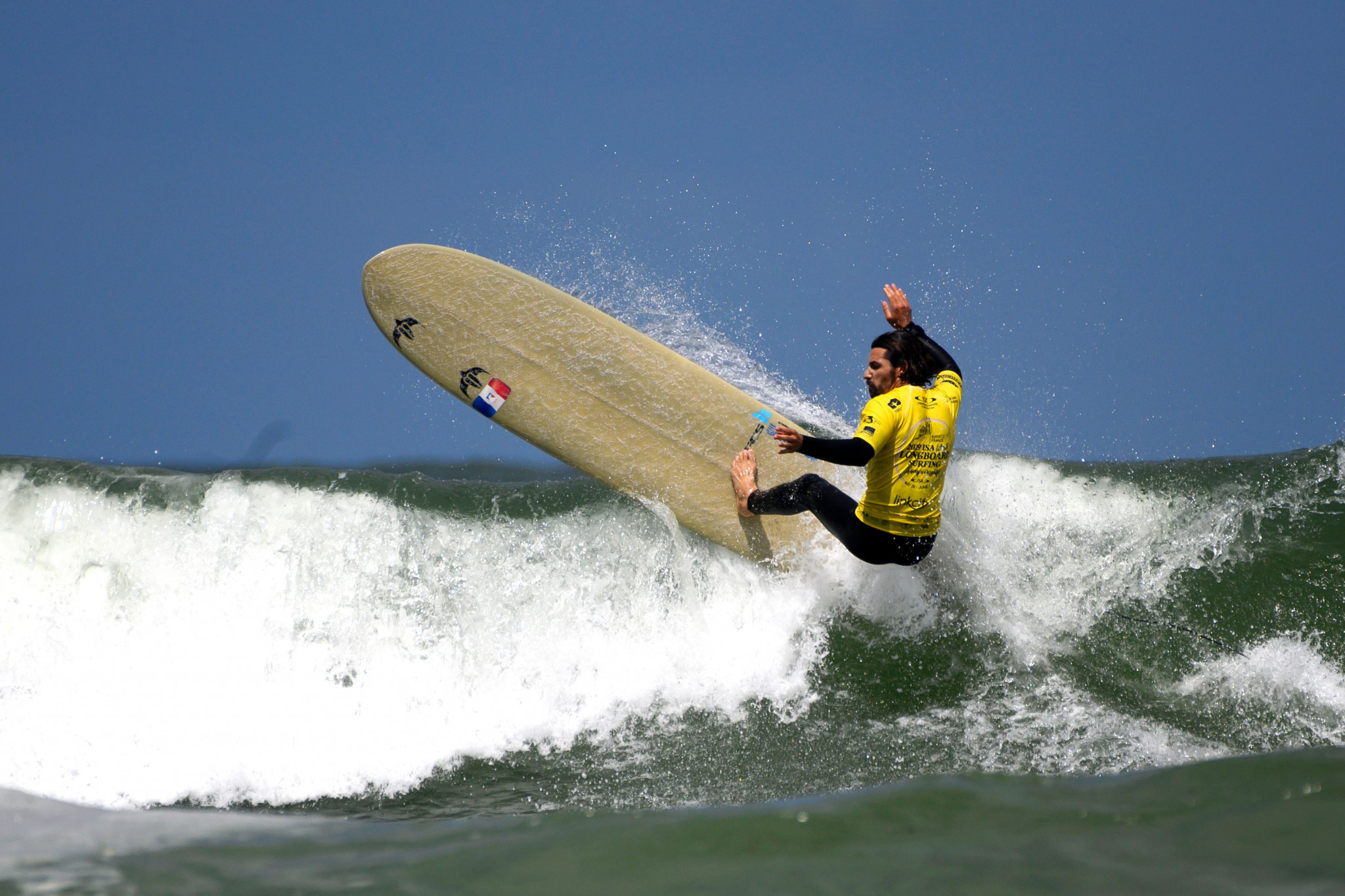 France's Antoine and Edouard Delpero will compete against each other in the men's main event final at the International Surfing Association (ISA) World Longboard Surfing Championships in Biarritz.

Having earned the event's first perfect 10-point ride yesterday, Antoine Delpero scored 15.33 today to reach the final in front of a home crowd.

His brother achieved 11.33 points to join him.

In the women's competition, Japan's Natsumi Taoka dominated to qualify for the main event final with the highest score in the heat, 14.66 points.

Soleil Errico of the United States, making her debut appearance at the competition, progressed with 12.4 points.

In the team event, France and the US are the only teams to still have four surfers left.

The hosts have an advantage over the US, with three of their four surfers remaining in the main event.

Three of the four American surfers are in the repechage rounds.

"At this point in the event the talent level is high across the board," said ISA President Fernando Aguerre.

"Many heats have been tight and fought until the end.

"The conditions were absolutely beautiful today in Biarritz.

"Deep blue water, fun waves, and not a cloud in the sky once again showed why this beach has been at the center of the global longboard culture for over 60 years."