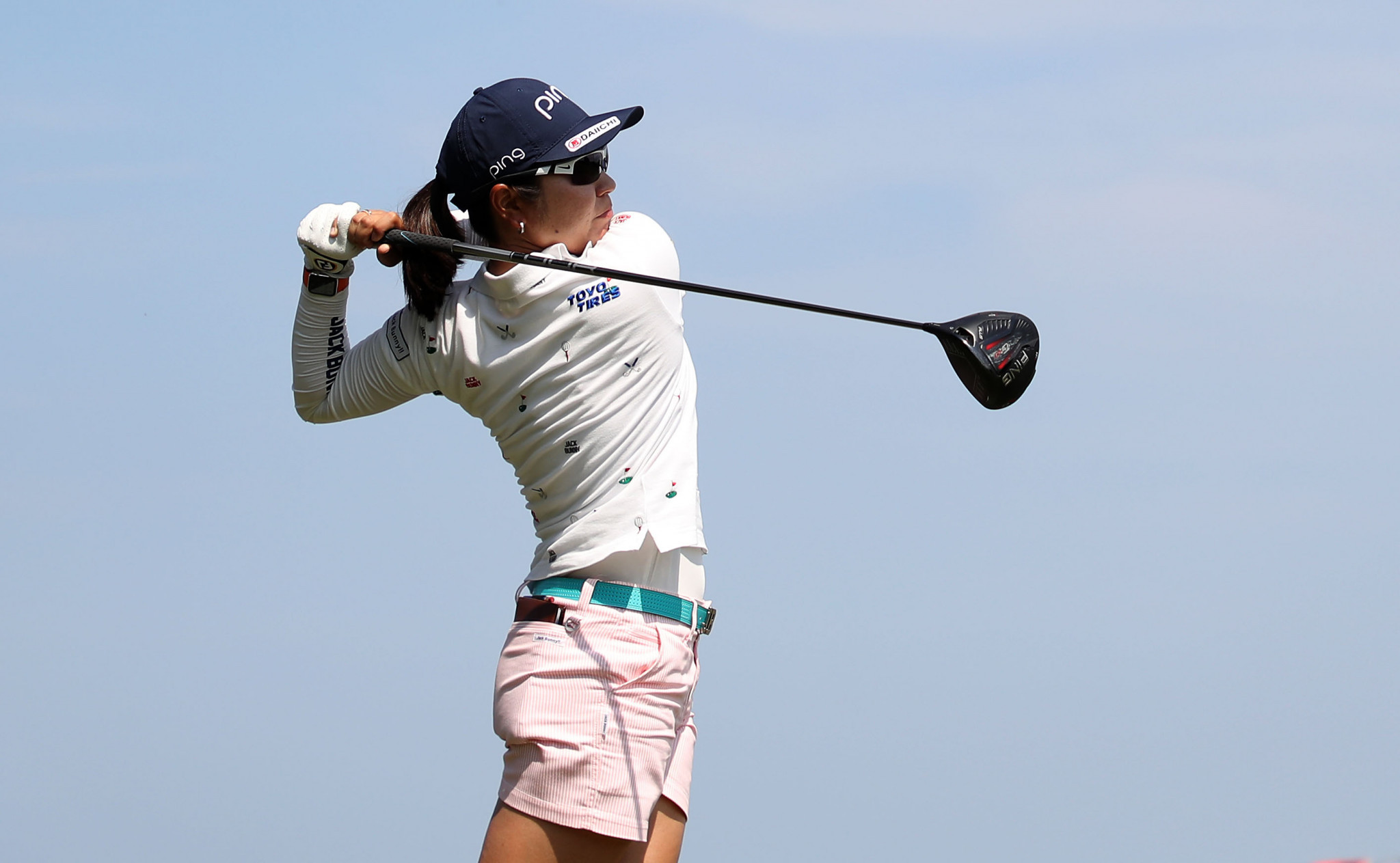 Japan's Mamiko Higa retained her lead at the US Women's Open as thunderstorms caused havoc in Charleston, South Carolina.

Making her debut at the event, Higa shot a six-under-par 65 on Thursday and followed it up with an even-par 71.

A lightning strike hit a tree alongside the 18th fairway as thunderstorms led to play being suspended.

Higa struggled through much of her second round before the rains came but rolled in a birdie putt from 11 feet when play resumed.

Despite a three-putt bogey on the seventh, she completed her round confidently, putting from 14 feet to secure a one-shot lead at the season's second major.

American Jessica Korda recorded her lowest score in 38 career rounds at the tournament by carding a 68.

She sits just one shot behind Higa on five under, where she was joined in second place by France's Celine Boutier.

Scary scene during the weather delay at the #USWomensOpen. Players and fans are safe, and play is about to resume. pic.twitter.com/wAW3ivGjKv

Boutier, who missed the cut in her previous Women's Open starts in 2014 and 2015, was one of 45 golfers completing their rounds this morning.

She birdied the 18th to climb up the standings with a one-under-par 70.

A group of five players are a further shot back on three under par.

World number one Ko Jin-young of South Korea was even par, with defending champion Ariya Jutanugarn just making the cut on three over.

Thailand's Jutanugarn was two over when she resumed this morning and scraped into the third round despite dropping a further shot.

New professionals Jennifer Kupcho of United States and Mexican Maria Fassi were both inside the cut line.

Kupcho finished on two under, while Fassi progressed with a two-over-par 73, joining Jutanugarn on three over.

The player who lifts the Country Club of Charleston trophy tomorrow, providing they are a professional, will receive $1 million (£791,000/€896,000).