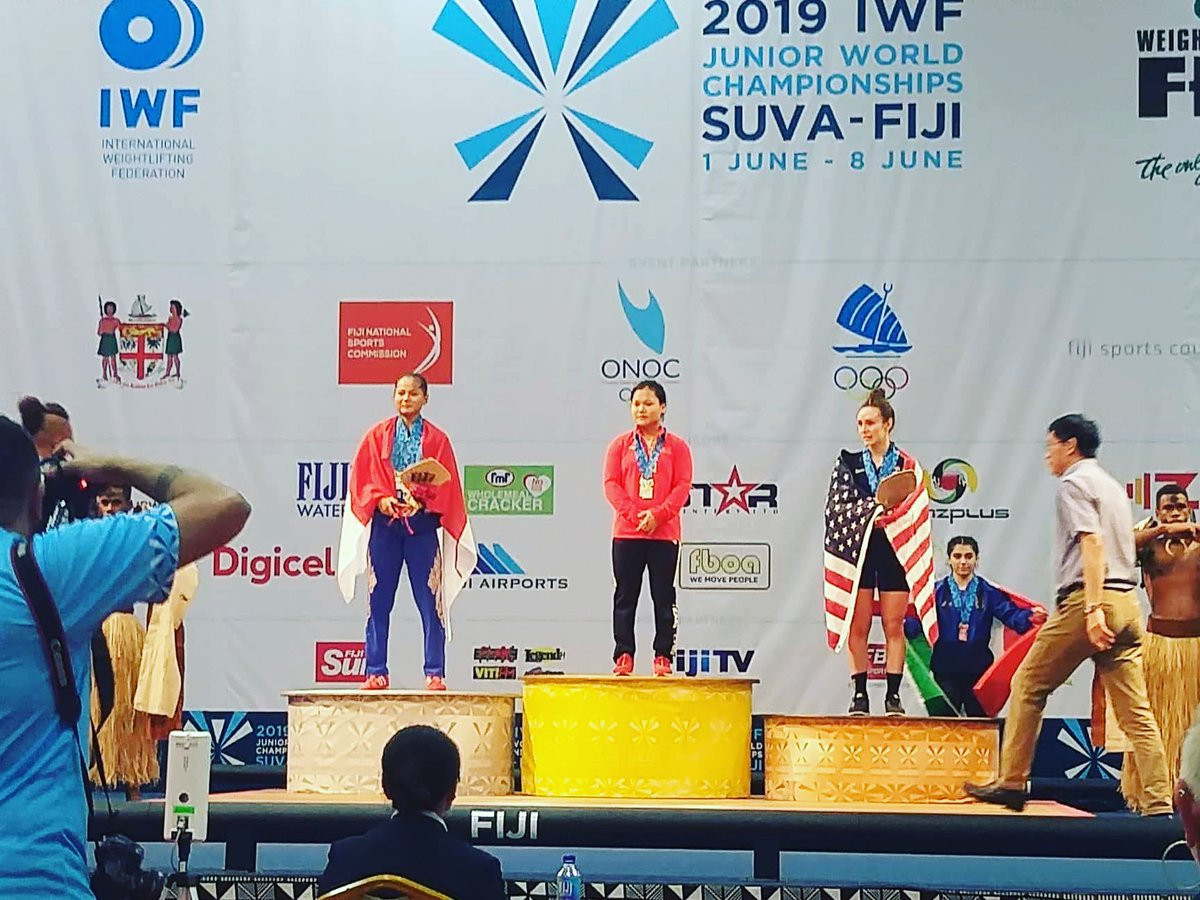 A Chinese youth world champion, a world-record holding Uzbek, and a Turkish medallist from the Summer Youth Olympic Games won the three medal events on day two of the International Weightlifting Federation (IWF) Junior World Championships in Suva in Fiji.

Turkey had a very good day, taking a gold, a silver and a bronze on total in the two men’s events at the FMF Gymnasium.

Jinhong Zhao, who was 18 last week and had not competed internationally since winning the IWF Youth World Championships title three years ago, made only one of her snatch attempts in the women’s 49 kilograms but was far too good for her rivals in the clean and jerk.

Zhao retired after two lifts, finishing 12kg clear on 191kg for a sweep of the medals.

Windy Aisah of Indonesia was second and the United States claimed the first of what it hopes will be several medals when Hayley Reichardt moved up into third place.

Giulia Imperio of Italy, who had won the snatch bronze, finished fourth.

Turkey had two men on the podium in the 61kg, winner Caner Toptaş with 273kg and third-placed Doğan Dönen.

Toptaş, a Summer Youth Olympic Games silver medallist, is far better in the snatch than the clean and jerk, and was able to hold on to his lead.

But the South Korean Moonsu Bae might have won had he not failed with two of his snatch attempts.

Bae was sixth, 10kg behind Toptaş, at halfway but three from three in clean and jerk took him to within three kilograms of the leader on total.

South Korea, like Italy and the US, is one of the sport's improving nations hoping for a good Championships in Suva, and this was a good start.

There was a second straight Junior world title for Adkhamjon Ergashev of Uzbekistan, who fell just short of his own snatch and total junior world records in winning the 67kg.

Ergashev, 20, won at 61kg last year in his home nation and has coped well with the move up in weight.

"It feels wonderful to be junior world champion for the second time in a row and hold world records in both my old and new category," he said.

The silver medal went to the 18-year-old Turkey's Furkan Özbek, winner of the Summer Youth Olympic Games gold medal in Buenos Aires at 69kg last year, and was fifth in the senior European Championships at 73kg in April.

Trying his third weight category in three competitions, he failed with his first two before making his last four lifts to total 307kg, behind Ergashev by seven kilograms.