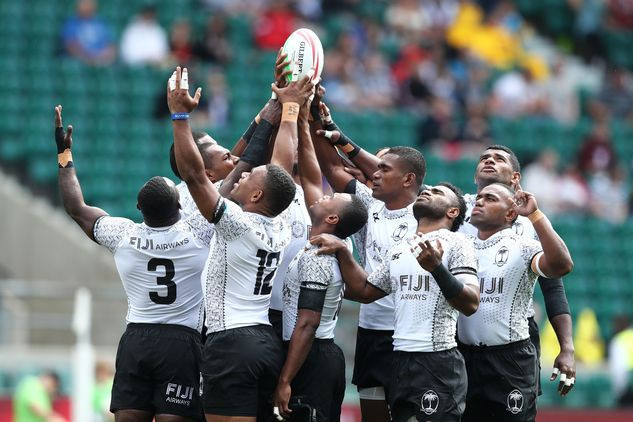 Fiji became World Rugby Sevens Series champions for the fourth time today as they won their semi-final against the United States at the season's final event in Paris before going on to beat New Zealand in the final.

The United States had come to the concluding Series event trailing Fiji by just two points in the rankings, but their hopes of a Series victory ended when the Olympic champions beat them 33-14 at Stade Jean Bouin.

Fiji then rounded things off with a 35-24 victory over New Zealand, who were destined to finish third in the Series whatever the result,

For Fiji, it was the sixth successive win in a final against the Kiwis, going back to 2012.

Fiji’s Paula Dranisinukula revealed afterwards what he had told his team.

He said: "In the huddle I just said to the boys, if you want to be a history-maker then don’t let this moment go and pass you – give it your all."

Fiji's head coach Gareth Baber said: "I thought that the back end of the season, carrying on from Hong Kong with Singapore, London last week and to finish it off as we did, was pretty special.

"It's all credit to everybody back home in Fiji, everybody who has supported us and stayed patient but most of all to the staff and the quality outfit that we have playing for us."

At the other end of things, Japan – guaranteed a place as hosts in next year's rugby sevens at the Tokyo 2020 Games – lost their place in next season's Series after a 52-7 loss to England in the Challenge Trophy quarter-finals doomed them to relegation.

New Zealand had earned their final place with a 33-7 win over South Africa, who the day before had secured the last of the four spots up for grabs for the Tokyo 2020 Olympics – in order to join Fiji, the United States and New Zealand they needed only to take to the pitch to secure fourth place in the Series.

South Africa took bronze on the day with a 24-7 win over the United States.

Canada won the Challenge Trophy, beating Ireland 28-23 in the final.

Meanwhile Scott Riddell – the most capped Scotland sevens player of all time with 74 tournaments – played his last match and scored the golden-point try that earned his side a 33-26 win over Japan.