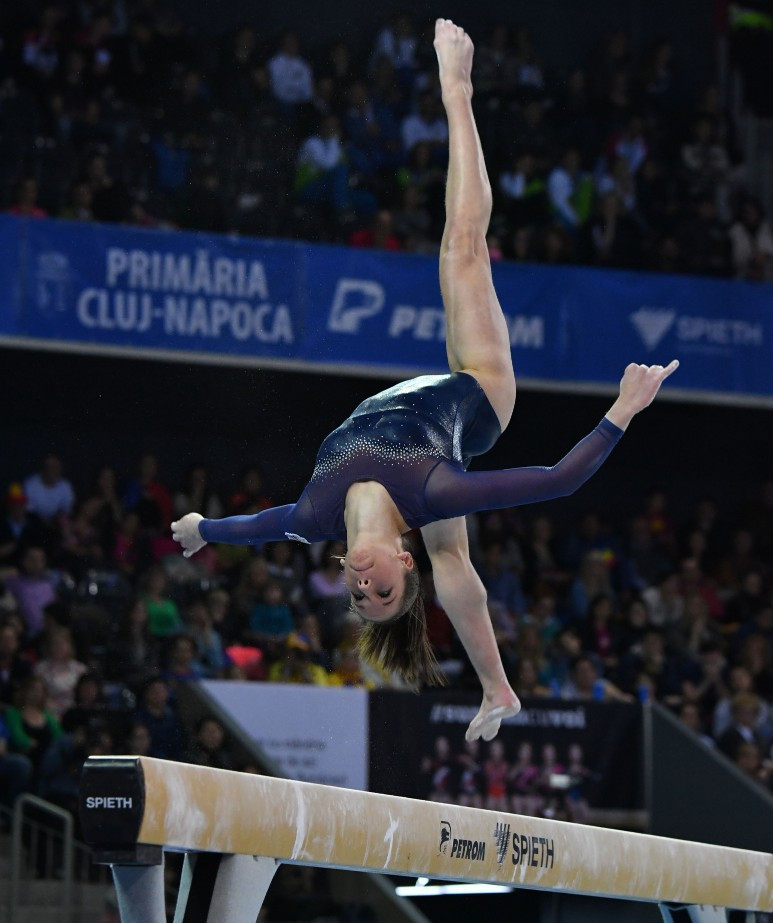 Hungary's Zsófia Kovács secured her second gold medal as she triumphed in the beam event at the International Gymnastics Federation World Challenge Cup in Slovenia.

Kovács, winner of the uneven bars competition yesterday, topped the beam podium with a score of 13.200 points at Arena Bonifika in Koper.

Ilaria Kaeslin of Switzerland was just 0.050 points adrift of the Hungarian as she was forced to settle for the silver medal.

Farah Hussein of Egypt took the bronze medal on 12.600 points.

Kaeslin was victorious in the floor final after her routine was rewarded with 12.950 points.

Romania's Ana-Maria Puiu claimed the silver medal on 12.850 points and Adela Šajn of Slovenia the bronze.

Yahor Sharamkou of Belarus was second, 0.075 points behind, while Israel's Andrey Medvedev clinched the bronze medal on 14.475 points.

Britain's Frank Baines, a three-times Commonwealth Games medallist for Scotland, claimed the parallel bars honours with a score of 14.450 points.

Turkey's Ümit Şamiloğlu won the high bar competition on 14.350 points, denying Baines another gold medal as the Briton was second on 14.050.

Israel's Alexander Myakinin did enough for the bronze medal on 13.850 points.