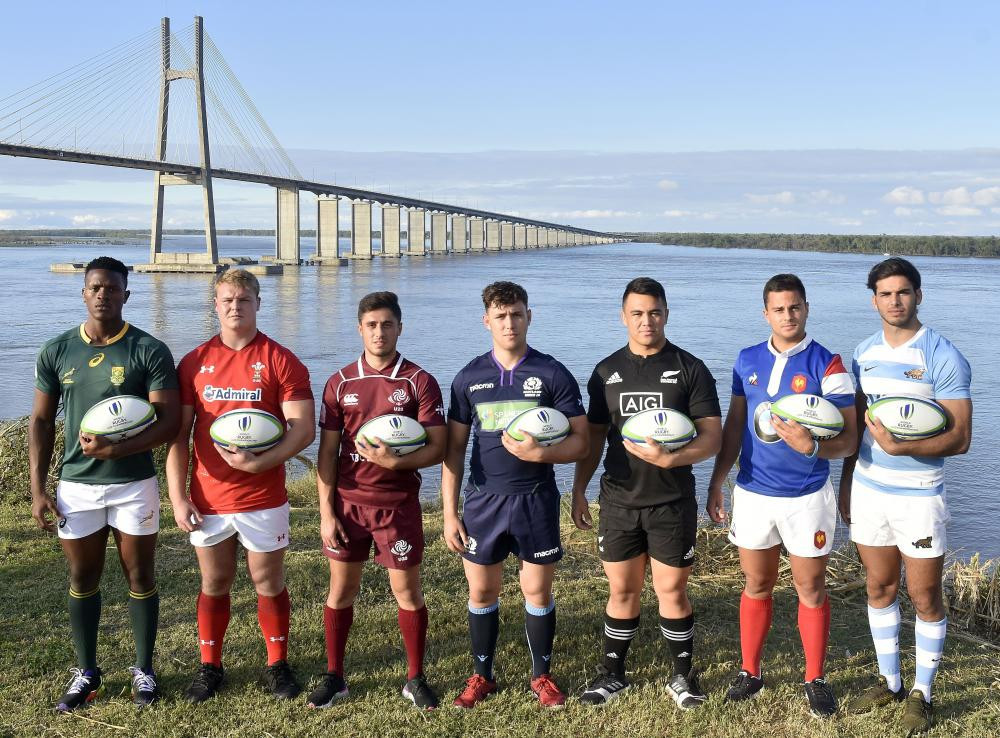 Defending champions France include four of last year's winners in their squad for the World Rugby under-20 Championship 2019, set to start tomorrow in Rosario and Santa Fe in Argentina and runs until June 22.

Australia, winners of the Oceania Rugby under-20 Championship last weekend with a 24-0 defeat of New Zealand, will be captained by Fraser McReight, one of their eight returning players from 2018.

Another of these is Semisi Tupou, playing in his third under-20 Championship, having also featured in Georgia in 2017.

Argentina’s Gonzalo Garcia and Juan Pablo Castro are also back for their third Championship.

Six Nations under-20 Grand Slam winners Ireland will be hoping for a much better campaign in 2019 having needed a last gasp try against Japan to avoid being relegated to the under-20 Trophy.

Fiji have replaced Japan in the elite tier after winning the under-20 Trophy in Romania last year and five members of that title success have been selected by coach Kele Leawere, including fly-half Caleb Muntz.

Rugby in South America has developed hugely in recent years, with more than 680,000 people playing across the continent, while Argentina itself now boasts 121,000 registered players nationwide.

Now Rosario and Santa Fe, two of the nation’s largest cities, are becoming hubs for the sport.

The latest Championship follows the successful Americas Rugby Championship 2019, which set new fan engagement and attendance records across a region that has also seen fan numbers rise rapidly to 198.2 million.

World Rugby chairman Sir Bill Beaumont said: "The World Rugby under-20 Championship is a proven environment in developing the future stars of the sport.

"The list of graduates includes many of the modern greats and I am sure that this year's Championship will uncover and shine the spotlight on the next generation of Test stars."

World Rugby vice-chairman Agustín Pichot said: "As a proud Argentinian, I am excited to be welcoming the future stars of international rugby to my country.

"For many this will be the start of their journey to Rugby World Cup 2023."

Eight of the players involved in the 2018 edition in France having already gone on to make their Test debuts, including Demba Bamba and Romain Ntamack of the French title-winning side.

The tournament will be the second to feature the "high tackle warning" system, which proved resoundingly successful in 2018, reducing the incidence of concussion by more than 50 per cent.

There will also be an innovative replacements trial as teams may select up to eight tactical replacements from their full squad on the bench on match day.