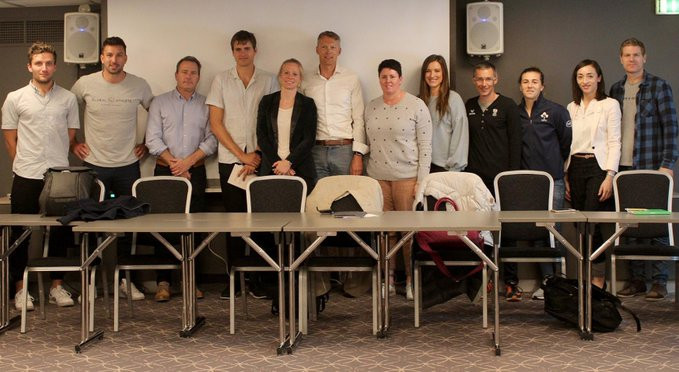 In February, the Federal Cartel Office in Germany significantly scaled back the advertising and commercial limitations on athletes.

Under the new rules in the country, the list of banned Olympic terminology is now "considerably smaller" and will apply to advertising and social media platforms, while it was also judged that sporting sanctions must not be applied in any disputes, with hearings having to take place in civil courts.

Advertising activities taking place during the Olympic Games will no longer have to be cleared by the German Olympic Sports Federations, while terms such as "medal", "gold", "silver", "bronze", "Summer Games" and "Winter Games" are allowed to be used.

Certain photographs of athletes competing are now also permitted, for example those where no Olympic symbols are used.

It was hoped the ruling, made after a case brought by the Federal Association of the German Sports Goods Industry, German athletes group Athleten Deutschland and two athletes, would set a precedent and pave the way for other NOCs to follow suit.

But that has so far not come to fruition, prompting a group of athletes attending a meeting in Oslo to call on NOCs to "follow Germany's lead so athletes’ marketing and commercial rights can be liberated and brought into line with the rights and modern norms athletes have come to expect in the digital age”.

IOC President Thomas Bach made a similar call in April as he recommended athletes begin negotiations with their respective NOCs regarding Rule 40.

The IOC then reiterated last month that the decision in Germany was "not generally applicable".

The athlete-led organisation, launched in February, claimed the meeting in Oslo was attended by the "international athlete community".

Athletes who participated in the gathering were largely from Western countries, however, and there were no representatives from Africa and one from Asia.