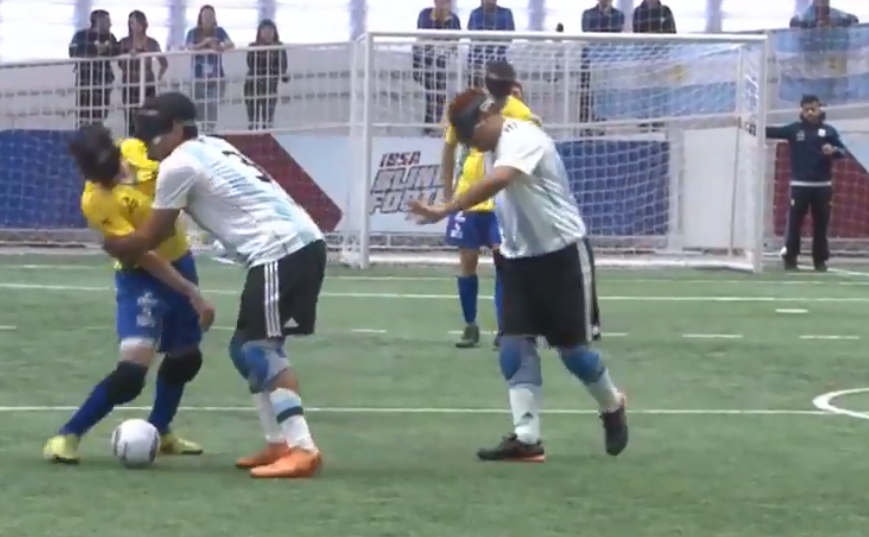 Brazil and Argentina cancelled each other out in the opening game of the International Blind Sports Federation (IBSA) Football Americas Championships in São Paulo.

The two rivals met in the 2017 final in Santiago, as well as the 2018 IBSA Blind Football World Championships final in Madrid.

This match, though, at the Brazil Paralympic Training Centre, ended as an edgy 0-0 draw, with the best opportunities coming from free kicks and set pieces.

The cagey football was perhaps in part down to the early start - 10am local time - and in part due to the fact there is plenty more football still to be played.

The six teams are all due to play each other in five-a-side matches in a round robin league before the top two meet again in the final on Sunday (June 9).