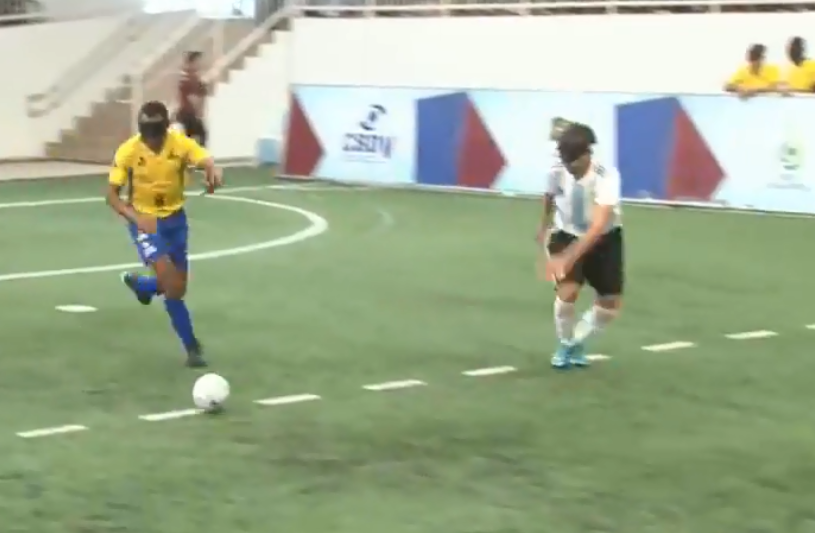 The defending champions, who took over as the world's number one team from Brazil earlier this year, beat Peru 4-0 after their earlier goalless draw against the hosts.

The second round of this six-team competition being played at Brazil Paralympic Training Centre was completed by a 2-0 win for Mexico over Chile.

Colombia, beaten 3-0 by Brazil in the first of the second-round matches, bounced back with a 2-0 win over Mexico in the opening third-round game.

The tournament offers the winning team a place at next year’s Paralympics in Tokyo.

The six teams are due to play each other in five-a-side matches in a round robin league before the top two meet again in the final on Sunday.

All registered athletes play in official eye shades to make sure there is an even field in terms of athlete vision.