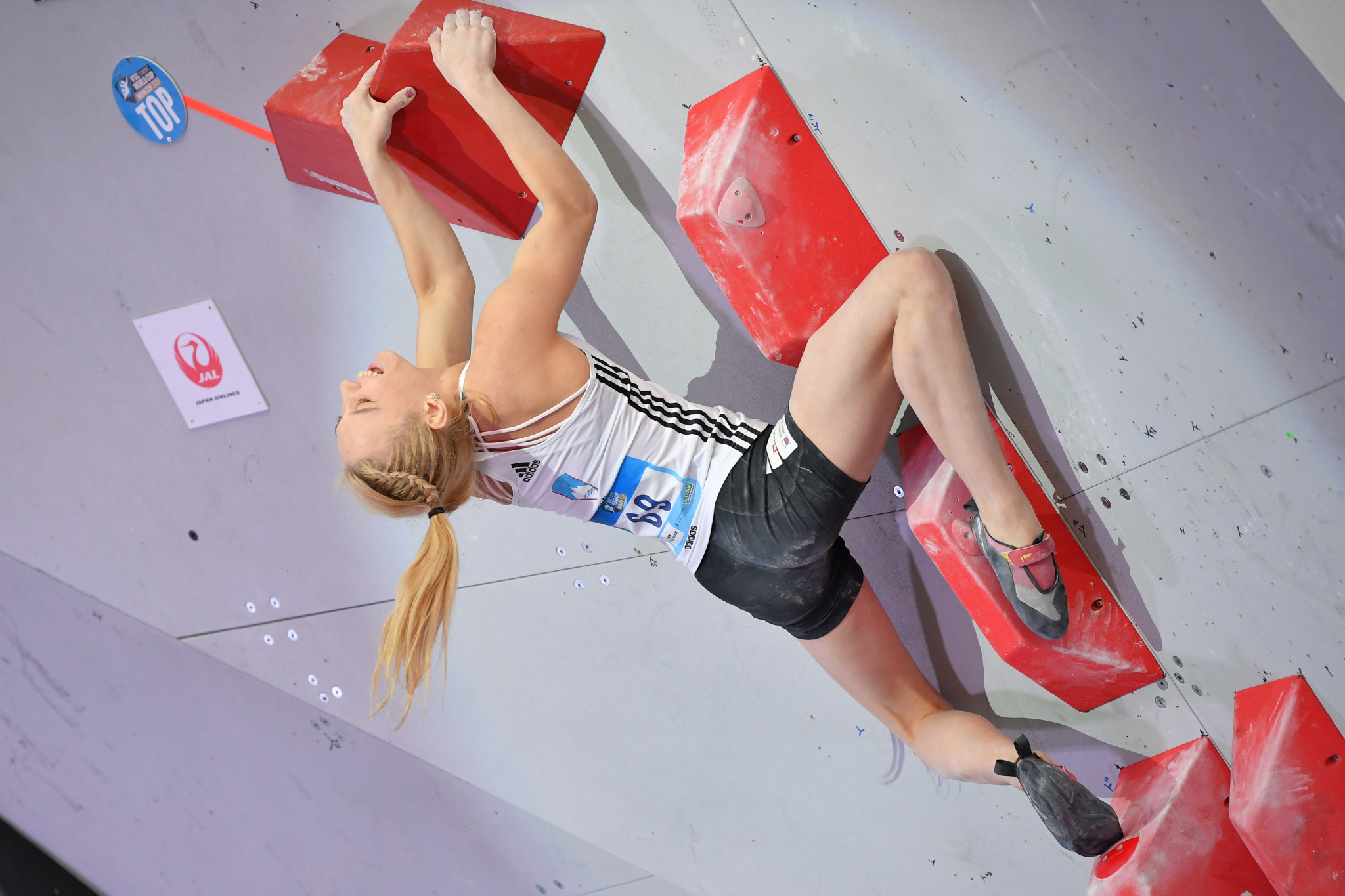 Janja Garnbret of Slovenia goes into tomorrow's International Federation of Sport Climbing Bouldering World Cup semi-finals at the top of the rankings after a strong opening day in Colorado in the United States.

Garnbret had already been crowned women's champion after winning the World Cup event in Munich, Germany on May 19 and continued to dominate in qualifying in Vail.

In contrast, Fanny Gibert, who is vying for overall silver with Noguchi, could only manage two tops and four zones from two and five efforts, respectively, as she finished 17th on the day.

In the men's competition, leader Adam Ondra from the Czech Republic progressed without too much trouble.

He qualified for tomorrow's semi-finals in second place with five tops and five zones but needed nine attempts to achieve both results.

Japan's Tomoa Narasaki, who did not compete at the penultimate event of the series in Germany, is hot on his heels.

Today he had to settle for a share of fifth place.

Compatriot Yoshiyuki Ogata was top of the qualifying ranks as he recorded five tops and five zones from six and five attempts, respectively.

Ondra leads the standings with 284 points, with Narasaki close behind on 260.

Russia’s Aleksey Rubtsov, who reached two finals this year and is third overall with 214 points, was injured in a recent event is not competing in Vail.