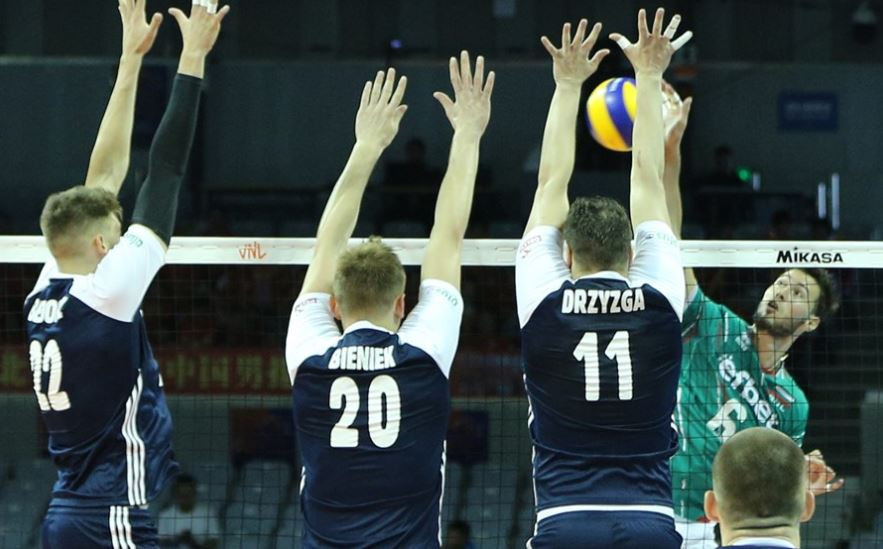 World champions Poland were left to reflect on an underwhelming performance despite claiming a fightback victory in the International Volleyball Federation (FIVB) Nations League.

The win was crucial for Poland, who had lost to France in straight sets yesterday, but captain Fabian Drzyzga said there was much to work on.

He said: "We are happy to win the match today because yesterday we lost the game.

"However, our volleyball still was not the same level as before.

"We still have to work more in the next match."

France enjoyed a comfortable 25-16, 25-23, 25-20 win against China as they maintained a perfect start after five matches.

Brazil kept pace with France at the top of the rankings as they made it five wins from five in Musashino Forest Sport Plaza in Tokyo.

Canada defeated Germany in five sets as they recorded a second win in two days at the TD Place Arena in Ottawa.

Serbia secured their first win of the Nations League as they edged out Australia in Pool 8's second match.

In Pool 6, hosts Russia cruised to victory against the United States at Ufa Arena in Ufa.