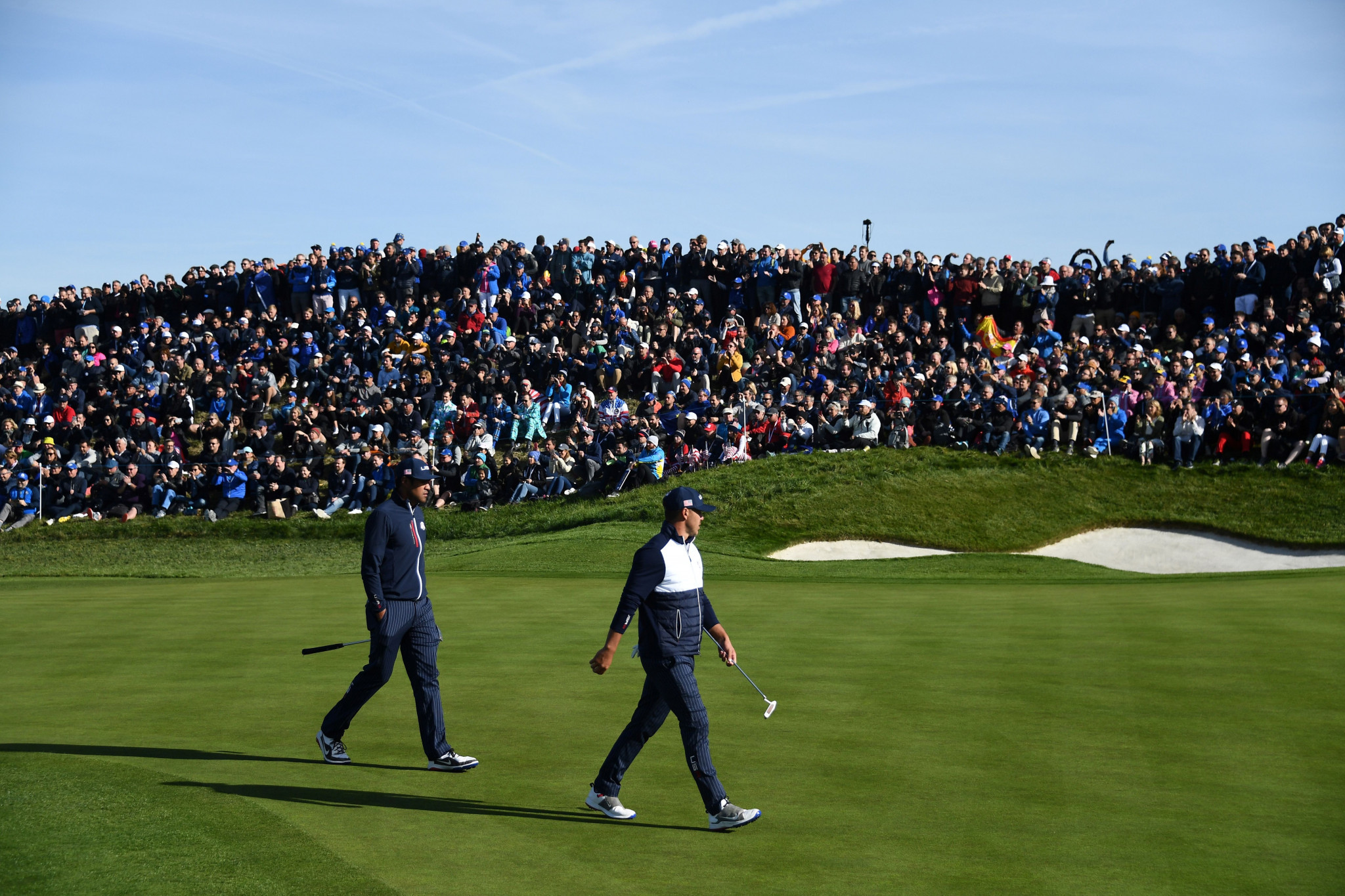 A study commissioned by Ryder Cup Europe and the French Golf Federation has claimed that hosting the event gave France an economic boost of €235 million (£209 milllion/$266 million), announced as the International Olympic Committee (IOC) Coordination Commission for Paris 2024 arrive here.

The study took into account spending by all spectators and event attendees, with more than 270,000 fans visiting Le Golf National from nearly 100 different countries, as reported by SportsPro.

A total of eight per cent of visitors extended their stay in Paris, resulting in 220,000 commercial bed nights in the French capital.

Europe were the eventual victors at the event, triumphing against the United States 17½-10½.

The €235 million figure accounts for all organisational spending by the French Golf Federation (FFG) and French authorities on course and infrastructure upgrades and the development of 100 municipal golf facilities, as well as any other indirect or induced spending.

It represents almost double the £106 million ($134 million/€119 million) of economic activity generated in Scotland from Gleneagles staging the 2014 edition of the biennial golf match.

"From the beginning we always kept in mind that we wanted to show that our country, France, could benefit from welcoming The Ryder Cup," Pascal Grizot, France Ryder Cup 2018 Committee President, said.

"The teamwork across the board helped deliver that and as a result the event at Le Golf National was one of the best golfing experiences ever.

"It has also dramatically improved the audience of golf in France and served the development of the game."

Such a positive impact of hosting a sporting event will encourage the organisers of the Paris 2024 Olympic and Paralympic Games, who are currently welcoming the IOC Coordination Commission here.

Le Golf National is set to be the course used during Paris 2024 and organisers will consider the venue to have successfully proved its ability to hold a high-level sporting event.

"The staging of the Ryder Cup at the venue chosen to host golf events in Paris 2024 offers an invaluable opportunity to refine our planning and get a better sense of what challenges are involved in hosting the tournament at the Le Golf National," Paris 2024 President Tony Estanguet had said before the competition begun.