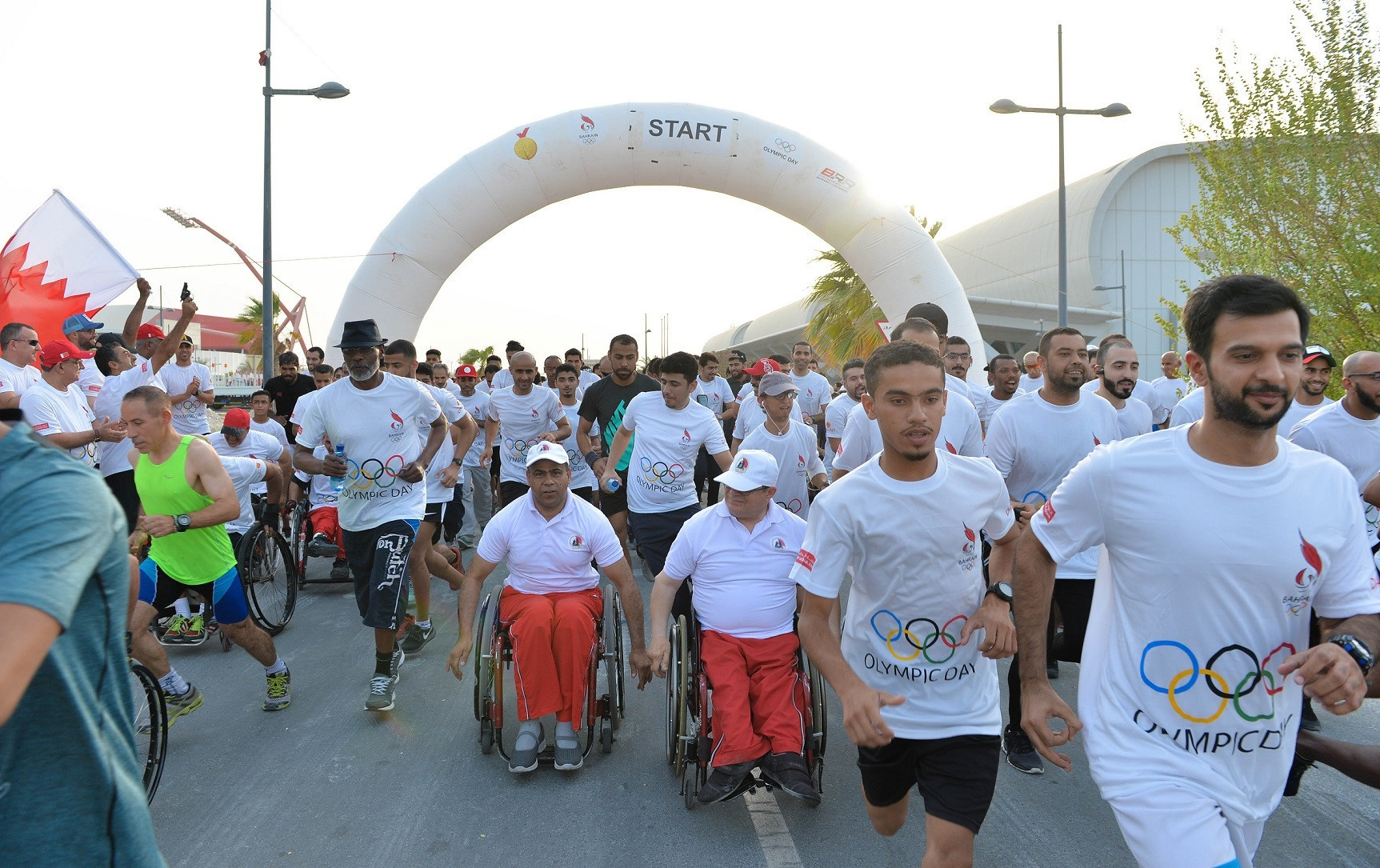 The Bahrain Olympic Committee (BOC) has announced that the country will join other parts of the globe later this month in celebrating the 2019 Olympic Day.

A BOC-organised event has been scheduled for June 29 at the water park of Bahrain Bay in Manama, where a set of sports and entertaining programmes have been lined-up.

Among the activities to take place is a children's sport competition, as well as a colour run.

The date, venue and programme was recently finalised by the Organising Committee, headed by BOC secretary general Mohammed Al Nusuf.

Other activities include demonstration shows as well as some related to health and culture.

It is claimed the highlights of the day will be a swimming race in open water, a sailing competition, a kayak race, rafting and a two-kilometres run.

Olympic Day is celebrated all around the world on June 23, when hundreds of thousands of people - young and old - get active and participate in sporting and cultural activities, such as runs, exhibitions and educational seminars.

The event was introduced in 1948 to commemorate the birth of the modern Olympic Games on June 23 in 1894 at the Sorbonne in Paris.

The goal was to promote participation in sport across the globe regardless of age, gender or athletic ability.

Over the last 20 years, Olympic Day has been associated with Olympic Day Runs all over the world.

From 45 participating National Olympic Committees (NOCs) in the first edition in 1987, the large majority of the 205 NOCs are joining-in today.

Many of the participating NOCs are in Africa, something which is said to prove the event’s worldwide appeal.