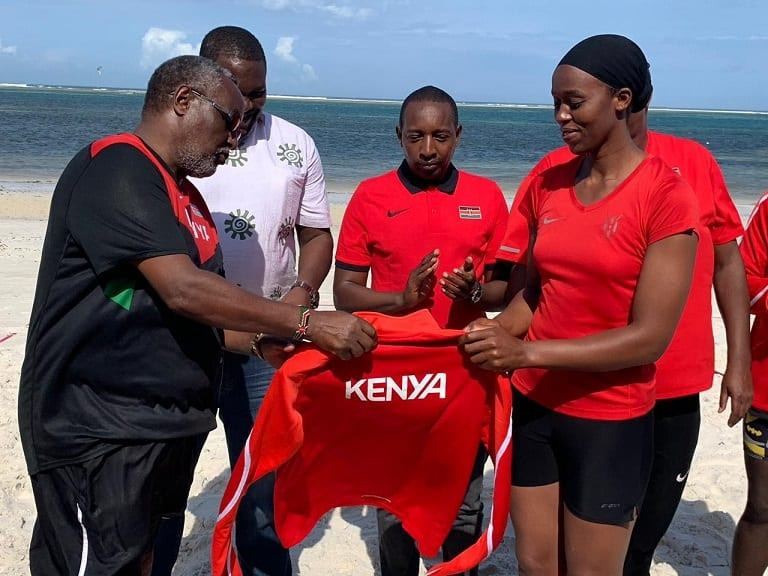 The National Olympic Committee of Kenya (NOCK) has unveiled the kit to be worn by athletes who will represent the country at the inaugural African Beach Games.

The Games are set to start in Sal in Cape Verde on Friday (June 14) and last until June 23.

They are due to be used as qualifiers for the Association of National Olympic Committees World Beach Games in October this year, although a new location is currently being sought after original hosts San Diego pulled out.

They will also be represented in the beach volleyball men's and women's contests, as well as in the men's competitions for beach football, beach handball and beach tennis.

The teams held their final training sessions yesterday morning, at an event that also saw NOCK present kit to the team, with acting secretary general Francis Mutuku presiding over the event.

"The teams are ready, they have been to camp for two weeks and they are excited to represent the country in the first Africa Beach Games," Mutuku said.

"We are looking to make it a regular event in Kenya because we have seen there is so much talent."

A total of 54 countries are set ti compete in the African Beach Games involving 11 different sports, with up to 1,000 athletes expected in Sal.