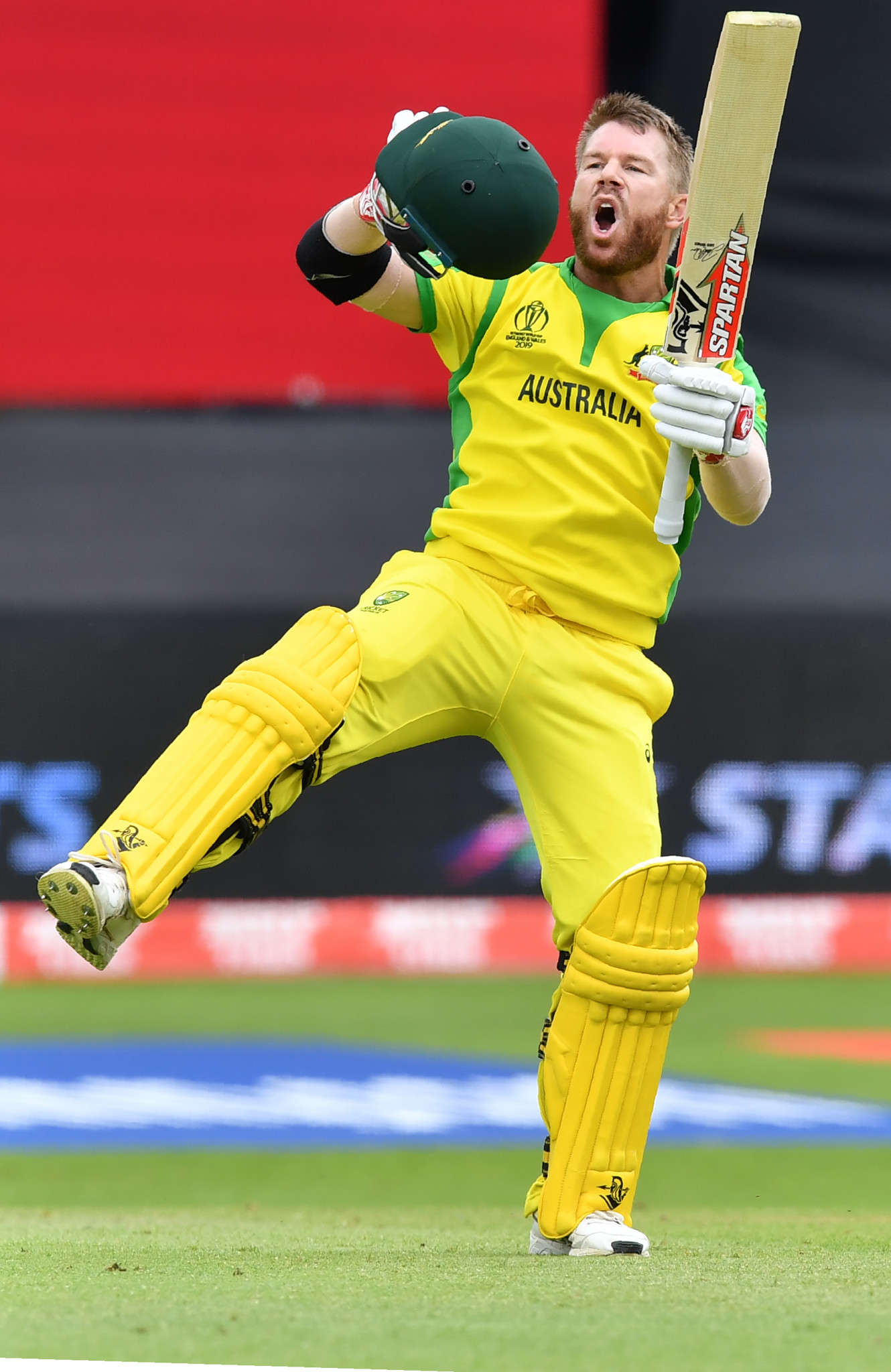 Pakistan won the toss at Taunton and put their opponents in to bat first, but were immediately made to pay as Australia's opening pair made 146.

David Warner hit a 102-ball century – his first at international level since a year-long ban for ball tampering – before falling for 107, while opening partner Aaron Finch made 82.

Asif Ali dropped simple chances off both Warner and Finch, the latter when he was on 26.

However, Australia threw away their commanding position, falling from 223 for two to 307 all out, losing their last eight wickets for 84 runs.

Mohammed Amir was the star bowler for Pakistan, taking five for 30.

The response got off to an inauspicious start, Fakhar Zama caught at third man off the 13th ball of their innings to leave Pakistan two for one.

A half-century by fellow opener Imam ul-Haq pulled his side back into the game, but after he was dismissed for 53, Pakistan collapsed from 136 for two to 160 for six.

Aussie paceman Pat Cummins was the primary instigator, taking three of those four wickets including Imam caught behind by Alex Carey – but when he was bowled out, Pakistan counter-attacked.

What looked a routine Australia win turned when Wahab Riaz came to the crease, the Pakistan number nine pulling out some huge hits alongside captain Sarfaraz Ahmed in a 64 partnership to thrill the huge crowds of Pakistani fans.

However, Wahab edged behind on 45 from Mitchell Starc with the merest of touches picked up after an Australia review, and the rest of the Pakistan tail was mopped up.

The match was the first in three days at the tournament to reach a result after South Africa's game against West Indies and Bangladesh's clash with Sri Lanka were wiped out by rain, the latter without a ball being bowled.

Three matches have been lost to rain during the tournament, setting an unwanted record.

It has led to criticism over the lack of reserve days for group matches.

But outgoing ICC chief executive David Richardson said scheduling back-ups for every game would be too difficult and added that it was not reasonable to put plans in place for "extremely unseasonable weather" at the time of year.

The south east of England saw just two millimetres of rain in June 2018, but 100mm fell in 24 hours this week, he said.

"Factoring in a reserve day for every match at the Cricket World Cup would significantly increase the length of the tournament and, practically, would be extremely complex to deliver," Richardson said.

"It would impact pitch preparation, team recovery and travel days, accommodation and venue availability, tournament staffing, volunteer and match officials availability, broadcast logistics and very importantly the spectators who in some instances have travelled hours to be at the game.

"There is also no guarantee that the reserve day would be free from rain either.

"We have reserve days factored in for the knockout stages, knowing that over the course of 45 group games we should play the large majority."