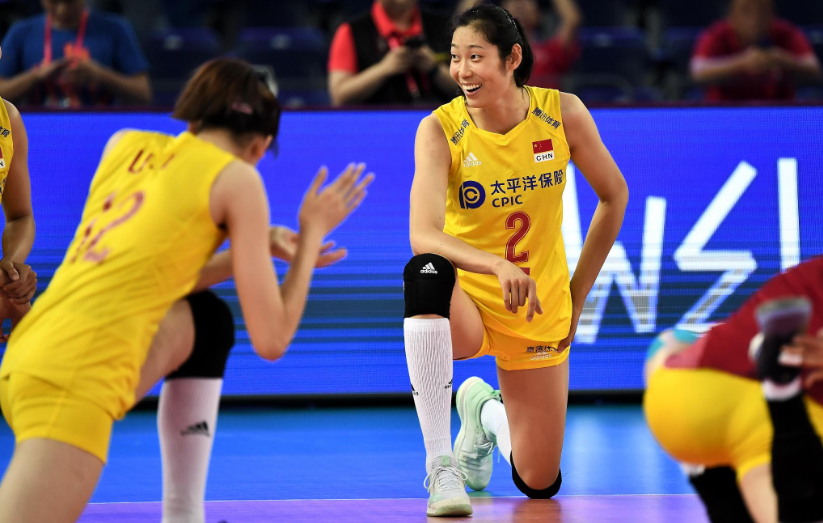 China crushed Turkey in a battle of two of the top teams in the International Volleyball Federation (FIVB) Women's Nations League in front of a delighted home crowd in Jiangmen.

Turkey had the best record of any competing nation heading into their clash on Wednesday (June 12) with nine wins in 10 matches, but a stellar Chinese showing inflicted only a second loss of the competition on the Turks.

Turkey's loss allowed Italy to return to the top of the Nations League when they beat South Korea in the late Pool 13 game at home in Perugia.

Here’s the last point of China’s 🇨🇳 great win over Turkey 🇹🇷, achieved by #12 Li despite a nice diving dig from #20 @aylinsarioglu 👇

Elsewhere in Pool 13, Bulgaria will not compete in the 2020 Nations League after suffering their 11th consecutive loss in a straight sets defeat to Russia.

The lowest ranked of the four challenger sides in the league – Poland, Belgium, Dominican Republic and Bulgaria – drops out for next year.

Dominican Republic have five wins on the board already, and with only four games to go, it is too late for the Bulgarians even if they win all their remaining matches.

In Pool 15, Brazil moved a step closer to the final as they saw off Thailand in straight sets.

Pool hosts Japan also picked up their first win in front of their home crowd at Musashino Forest Sports Plaza, one of the venues for the Tokyo 2020 Olympics.

Pool 14 saw the now-safe Dominicans lose in straight sets to Netherlands, while hosts Germany beat Belgium in four in the late game in Stuttgart.