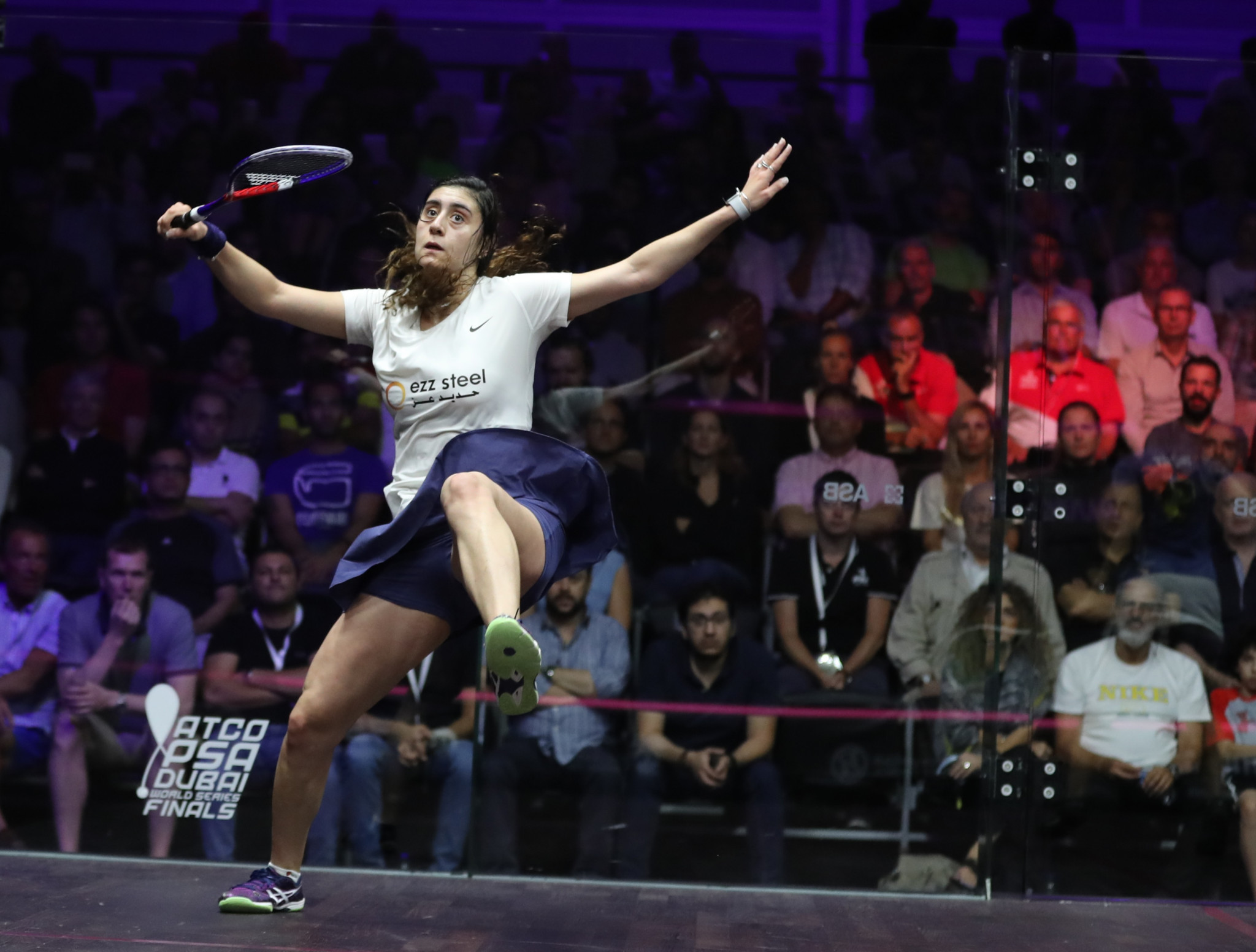 Gohar is joined in the final four by compatriot Nour El Tayeb, who steamrollered England's Sarah-Jane Perry in just 15 minutes.

Gohar progresses as Group B winner with eight points, followed by El Tayeb with seven, while El Sherbini and Perry miss out on five and four, respectively.

In the semi-finals, Gohar will play Camille Serme, who booked her place with a straight sets win over Welsh number eight seed Tesni Evans in Group A.

The French fourth seed breezed through the first set 11-5, before rescuing a slew of set points to win 13-11 in the second.

In the men's competition, Farag won a 69-minute epic versus New Zealand's Paul Coll, although it did not prove enough to finish in the top two of Group A.

Egyptian star Farag lost the first set 11-9, then faced match points in the second but fought back to win it 12-10, before taking the final set 11-9.

Farag would have gone through if fourth seed Karim Abdel Gawad, who was already through, had beaten Mohamed Abouelghar in the final match of the day.

However, eighth-ranked Abouelghar took an impressive 11-9, 11-3 victory in just 24 minutes and tops Group A.

Abouelghar and Gawad finish the pool stage on eight points, with Abouelghar in front on head to head, while Farag ended on seven and Coll on one.

Earlier, third seed Tarek Momen ensured it would be an all-Egyptian final four in Cairo when he beat Peru's Diego Elias in three sets.

In the semi finals on June 13, Abouelghar plays Momen, while Elshorbagy faces Gawad.