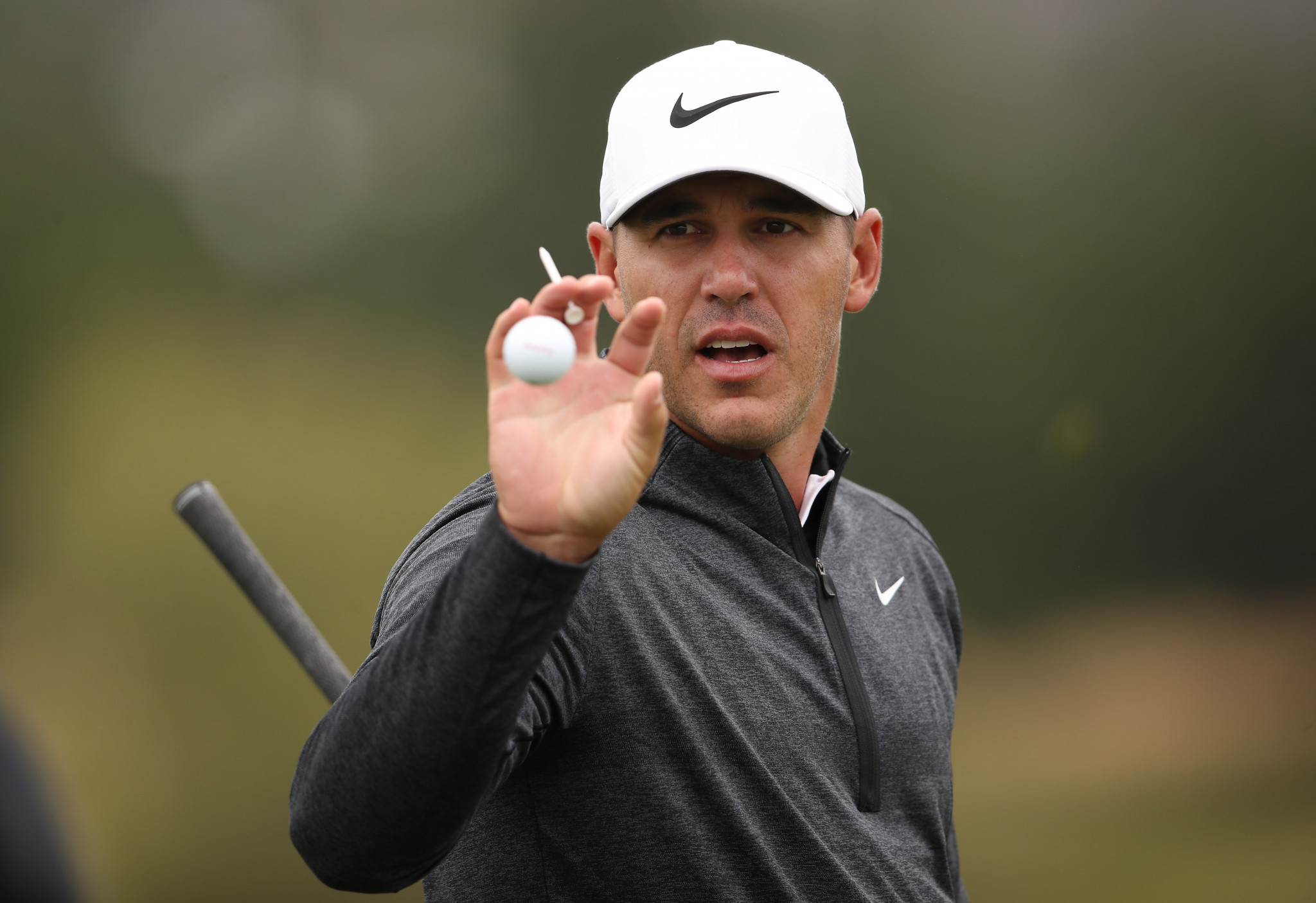 Statistics such as a third successive US Open title and a fifth major in nine appearances suggest Jack Nicklaus or Tiger Woods in their pomp – but they could apply to Brooks Koepka if he triumphs at Pebble Beach.

The 29-year-old from Florida continued his meteoric rise by defending his PGA Championship title in May and is well positioned to make a second successful defence of the US Open, a feat which has not been achieved in 114 years.

Koepka has the powerful game to thrive on a course such as Pebble Beach, with long fairways and hefty rough, as well as the mental fortitude required to stay on top under pressure.

The weight of time is against him – Scotsman Willie Anderson, in 1905, was the last man to win three US Open titles in a row – but Koepka's form means history could be rewritten.

Of the men jostling to stop him, 2016 champion Dustin Johnson appears to be at the head of the pack, having come close to overturning what looked an insurmountable lead that Koepka held at the halfway mark of his PGA Championship victory.

Johnson has a reputation as a nearly man – three top-four finishes, along with his victory, in the past five US Opens – but his talent is undeniable.

As with Koepka, however, history is not on his side.

In 2010, when the US Open was last held at Pebble Beach, Johnson led heading into the final round, but collapsed and shot 82, leaving him eighth on the leaderboard.

As for the other contenders, it pays to look at the bigger names more in the US Open than any other major – only four of the past 16 winners have come from golfers lower than 30th in the world rankings.

That could mean there is still a chance for Phil Mickelson – PGA ranking 24 – aiming for first US Open at the age of 49.

Rory McIlroy, meanwhile, has missed the past three US Open cuts, but comes into the tournament in red-hot form, having won the Canada Open last weekend with a final round of 61.

Jordan Spieth also looks in good nick after a shaky couple of years, with his driving accuracy and putting back in their old shape.

As for Woods, Pebble Beach was the course where he won the 2000 US Open by 15 shots.

Woods rekindled his old magic at an extraordinary Masters earlier this year, before it was snuffed out when he missed the cut at the USPGA, but if he can rediscover his form, he is one to watch.