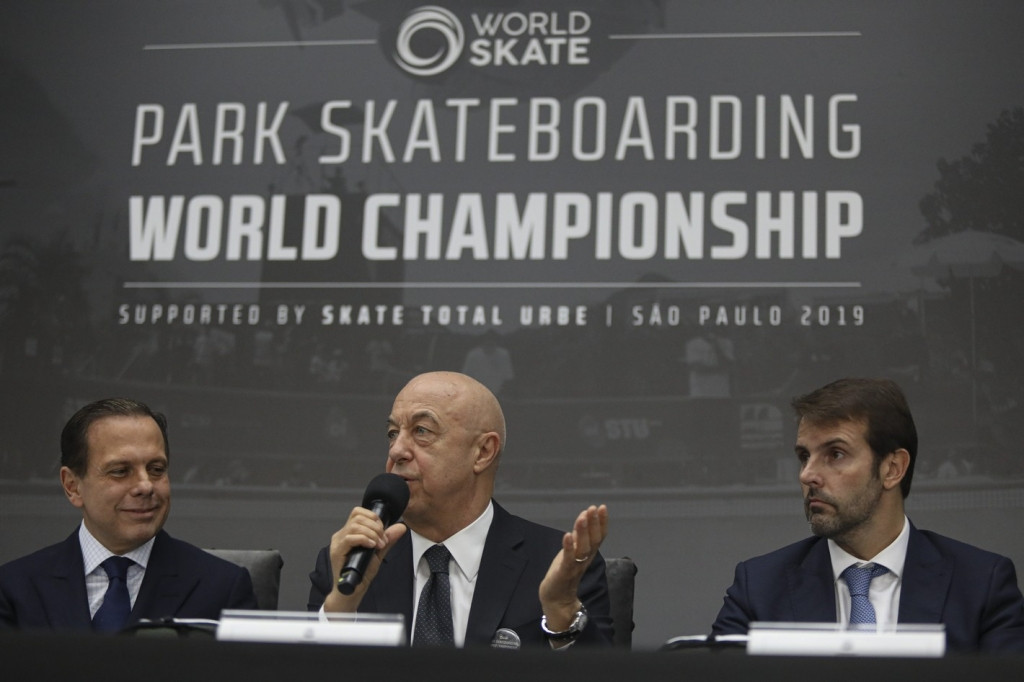 The 2019 World Park Skateboarding Championships will take place in São Paulo from September 10 to 15, it has been announced.

The main park skateboarding competition of this year will be organised by the Brazilian Skateboarding Federation (CBSk) and the Skate Total Urbe (STU) platform in partnership with Oi.

It will gather the top 200 elite skateboarding athletes from across the globe, competing in male and female categories, with the winners being awarded 80,000 points - the maximum available points that qualifies to Tokyo 2020 when the sport is due to make its debut on the Olympic programme.

World Skate claims that with the spotlight on this top-level event, Brazil is going to consolidate itself as a main player in the world skateboarding scene.

It is set to be held in the Cândido Portinari State Park and will offer free entrance as well as a vast selection of urban culture activities related to music, art, fashion and gastronomy.

The official launch ceremony of the World Park Skateboarding Championships took place at the Bandeirantes Palace in São Paulo.

Athletes and supporters of the Brazilian skateboarding community were also in attendance.

"We are confident that these Worlds will be a great success and will close the first Olympic qualifying season for park skateboarding in the best way possible," Aracu said.

"Brazil is one of the key countries in the skateboarding development and being able to stay so close to the top level skaters will be absolutely inspiring for the Brazilian youth."

Doria added: "The World Skate Park Skateboarding World Championships shows the evolution of skateboarding in Brazil, in the city of São Paulo and in the State of São Paulo.

"We estimate that we have 2.2 million people that practices skateboarding in the State of São Paulo and a total of nine million in Brazil.

"This is probably one of the largest skateboarding communities in the world."

"Last year, for the first time, we had our national tour and this year we will host the world’s most important competition in 2019.

"This shows the potential that skateboarding has not only in Brazil, but the world.

"I’m sure that the world’s best athletes will be in the course, which only fortifies the skateboarding scene.

"An event like this one inspires youngsters to start skateboarding, creates a buzz in the city, improves our level in the sport and creates unforgettable memories.

"There will be the highest quality skateboarding for sure.

"With the warmth and energy that the Brazilian crowd generates in the stands, it will for sure elevate the level of any skateboarder."

The 2019 World Park Skateboarding World Championships will be presented by Oi and counts on the support of the STU platform.

The CBSk and Rio de Negócios are responsible for the execution of the event.

Last year's edition of the World Park Skateboarding Championships was hosted by Nanjing in China.