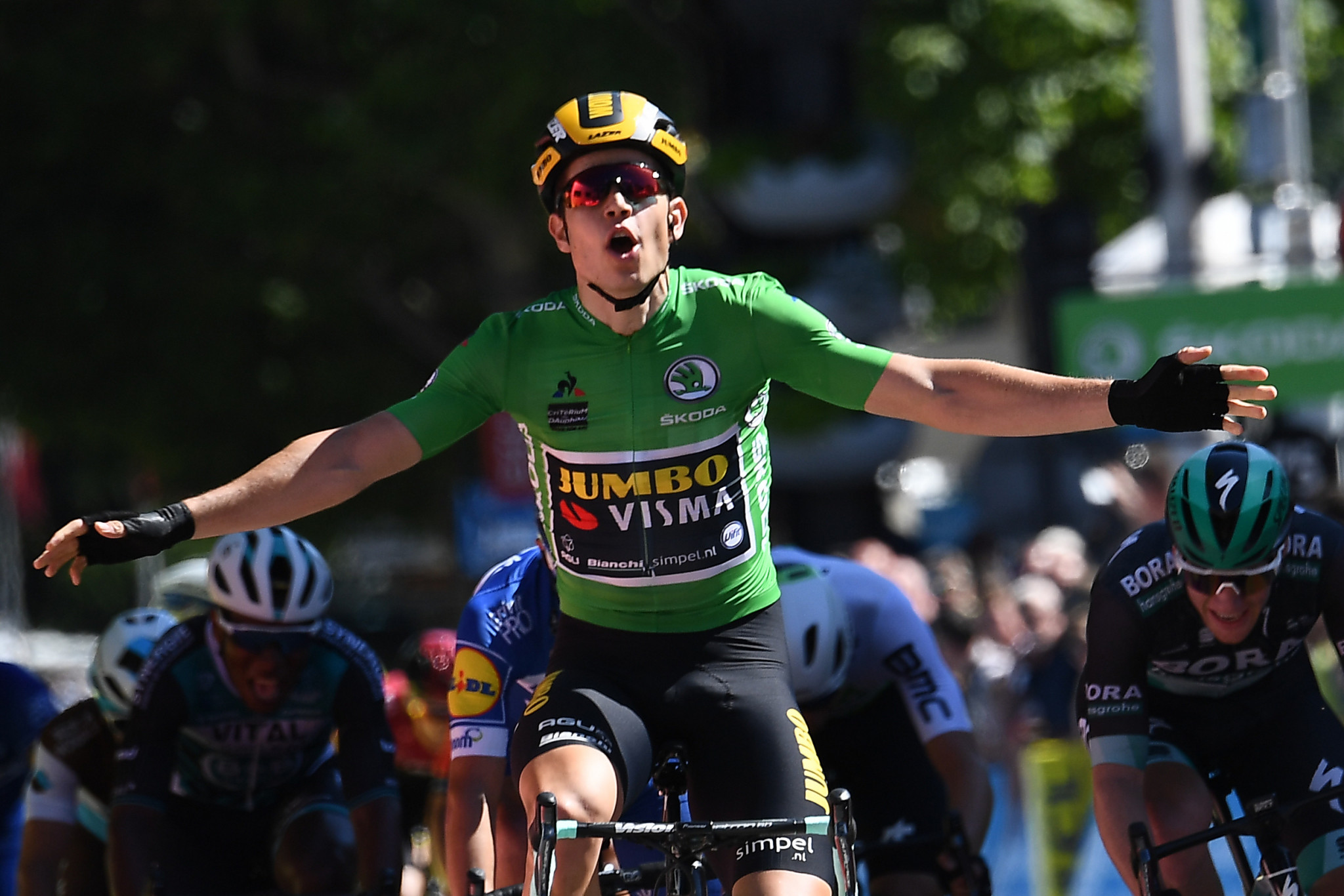 The former cyclo-cross world champion's triumph came just a day after he caused a big surprise by winning the individual time trial in Roanne.

Bora-Hansgrohe’s Bennett had to settle for second place, while France’s Julian Alaphilippe of Deceuninck-Quick-Step rounded off the podium.

Four seconds behind him is Belgium’s Dylan Teuns of Bahrain-Merida.

🏆 Two in a row for @WoutvanAert!

⏪ Relive the last kilometre of stage 5⃣ of the #Dauphiné. pic.twitter.com/zKiMDrywnv

A further two seconds back in third place is the United States’ Tejay van Garderen of EF Education First.

The late breakaway trio of Italy's Alessandro De Marchi and France's Stéphane Rossetto and Yoann Bagot were caught by the chasing pack with less than a kilometre to go.

It was at this point that Norway's Edvald Boasson Hagen and Belgium's Philippe Gilbert looked to anticipate the bunch sprint finish, but the pair could not stay ahead as van Aert prevailed.

The latter now leads the sprinters' classification with 82 points, ahead of Boasson Hagen with 53 and Bennett with 47.

Stage six is due to take place tomorrow.

It will be a 229km route from Saint-Vulbas Plaine de l'Ain to Saint-Michel-de-Maurienne.

The event is scheduled to conclude in Champéry on Sunday (June 16).