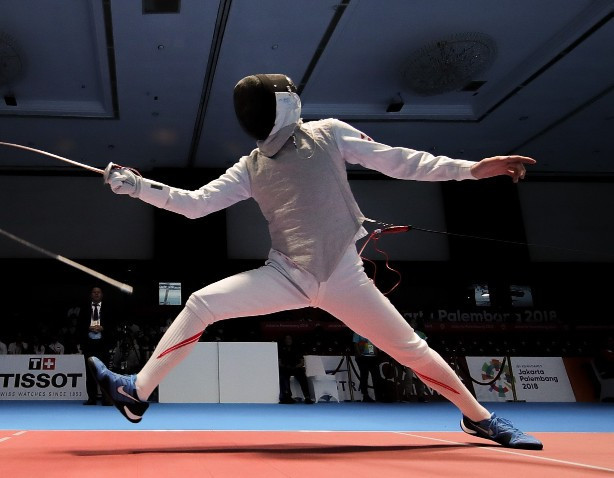 Takahiro Shikine won home gold for Japan on day one of the Asian Fencing Championships in Chiba.

His success at the Chiba Port Arena means he is gearing up nicely for his home Tokyo 2020 Olympics next year, where his dream is to win the gold medal.

Shikine is from a fencing family with his father Yuichi also representing Japan and coaching the national team.

In the semi-finals, Shikine got past compatriot Toshiya Saito 15-13, while Ka beat China's Haiwei Chen 15-5.

Both fencers who lost in the last four claimed bronze.

South Korea's Jun Heo, who won bronze at the World Championships in Chinese city Wuxi last year, was knocked out in the last 16 by Chen.

The world number seven was the highest-ranked fencer in the draw.

Defending champion Siu Lun Cheung also fell in the last 16 as he was ousted by compatriot Ka.

She denied Japan an opening day home double by beating Norika Tamura 15-10 in the final.

Jisu, ranked at 59 in the world, pipped team-mate Jiyeon Kim 15-14 in the semi-final to upset the London 2012 Olympic gold medallist and defending champion.

World number five Kim was the highest ranked fencer competing but had to make do with bronze alongside Japan's Shihomi Fukushima, who lost her semi-final 15-10 to Tamura.

The Championships will continue tomorrow with the men's sabre and women's épée.