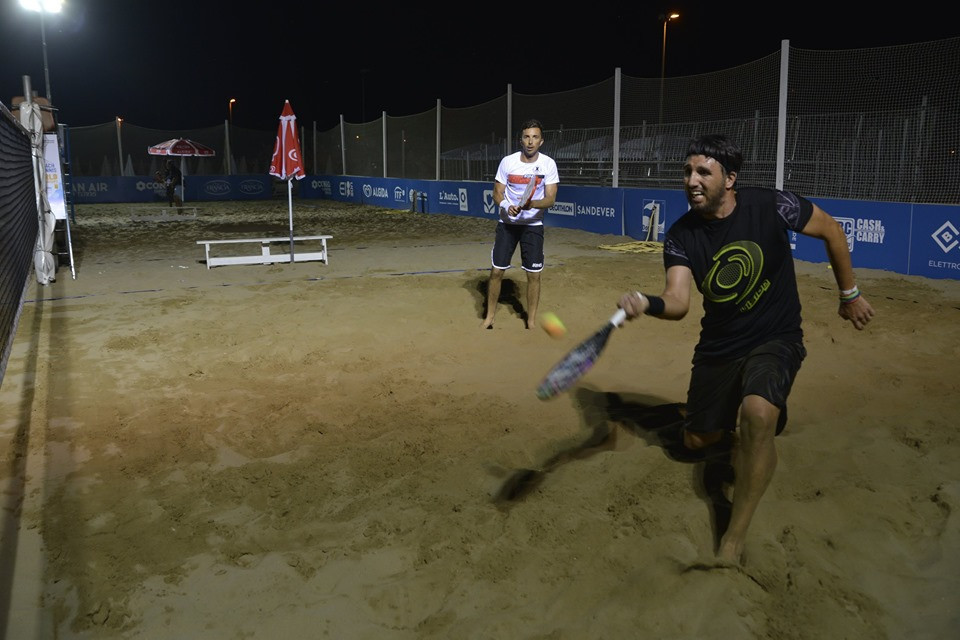 Men's number one seeds Nikita Burmakin and Tommaso Giovannini are through to the quarter-finals of the International Tennis Federation (ITF) Beach Tennis World Championships, although they were given tough test by a pair of qualifiers.

Russian Burmakin and Italian Giovannini beat Teo Casadei and Francesco Pesaresi, both from Italy, 6-4, 6-4 in an hour and 10 minutes.

It sends Burmakin, the number one ITF-ranked player, and Giovannini into the last eight of the competition in Terracina, Italy.

Elsewhere, Spain's Antonio Miguel Ramos Viera remains in contention for a second successive title after he and French partner Nicolas Gianotti eased into the quarter-finals.

They will play another Italian pair, eighth seeds Doriano Beccaccioli and Davide Benussi, in the last eight after they saw off French duo Mathieu Guegano and Theo Irigaray 6-2, 6-3 in little more than an hour.

Second seeds Alessandro Calbucci and Michele Cappelletti are also into the quarter-finals after winning an all-Italian encounter with Matteo Marighella and Alex Mingozzi, 7-6, 6-1.

Alessio Chiodioni and Mattia Spoto, who knocked out Alessi in round one, are also into the quarter-finals after an epic clash with fellow unseeded duo Luca Brasini and Filippo Buccioli.

In another all-Italian match, Chiodioni and Spoto won 6-7, 6-2, 7-6 in two hours and 21 minutes, the longest match of the tournament so far.

Six of the seeded pairs are into the last eight of the women's tournament.

Those missing out are Russian sixth seeds Daria Churakova and Irina Glimakova, who lost in round one, and eighth-ranked Italian twin sisters Michela and Noemi Romani, who were thrashed by compatriots Martina Corbara and Ninny Valentini, 6-2, 6-2 in 51 minutes.