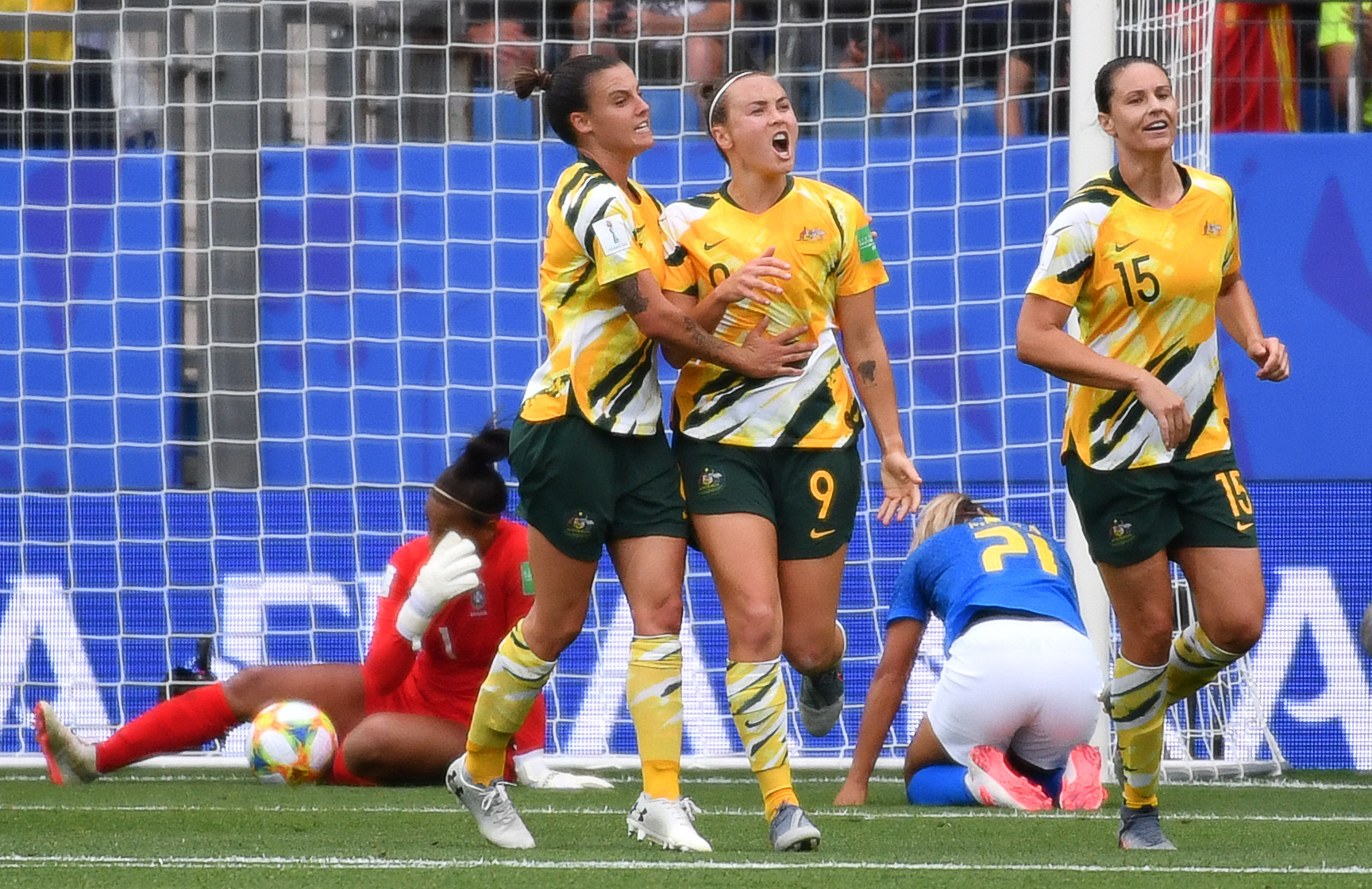 Australia completed a pulsating comeback to beat Brazil at the FIFA Women’s World Cup in France as they condemned their opponents to a first group-stage defeat in 24 years.

Brazil had appeared in cruise control in Stade de la Mosson in Montpellier when Marta’s penalty and Cristiane handed them a 2-0 advantage.

But Caitlin Foord stabbed home in the closing moments of the first half and a cross-shot from Chloe Logarzo levelled matters just before the hour.

Australia, who had surprisingly lost their opening Group C match to Italy, completed the turnaround courtesy of Monica’s headed own goal, awarded following the intervention of the Video Assistant Referee.

In the late game, a terrific first-half volley from Li Ying gave China a 1-0 win over South Africa in a Group B clash at Parc des Princes in Paris.

The beneficiaries of the result were Germany, who are now guaranteed a spot in the last 16, while South Africa are on the brink of exiting the tournament.