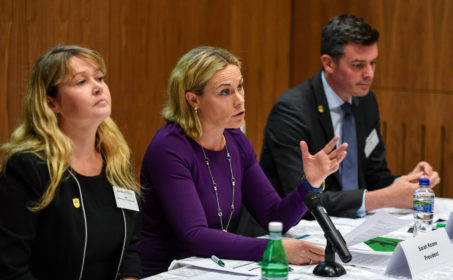 Olympic Federation of Ireland (OFI) have announced the recipients of €250,000 (£222,000/$281,000) in discretionary funding at the organisation’s Annual General Meeting in Dublin.

The cash injection, a 25 per cent increase, was confirmed as part of their OFI’s discretionary funding programme.

The programme was first introduced in July last year and will be used for "Olympic-focused projects" across the cycle.

It is being provided in addition to scholarship programmes and investments by the OFI to support athlete and team participation in Olympic events.

The OFI added that many of the largest awards related to test event support ahead of Tokyo 2020, while backing for Beijing 2022 was also given with grants provided to the Irish Bobsleigh and Skeleton Federation and Snowsports Association of Ireland.

Under the rules of discretionary funding, grants can only be awarded twice in the current four-year Olympic cycle, and some of the 39 eligible sports opted not to apply this year for that reason.

In addition to the discretionary fund, 10 sports had been given Olympic Solidarity Funds for either talent identification or qualification and preparation for competition at last year’s Youth Olympic Games in Buenos Aires.

Athletics, badminton, boxing, canoeing, golf, gymnastics, pentathlon, rugby sevens, swimming and taekwondo were the recipients of the funding, which totalled €70,000 (£62,000/$78,000).

"At the end of what was a successful year in 2018, I am pleased to announce the recipients of grants under the discretionary fund, and Olympic Solidarity funds," Peter Sherrard, the OFI chief executive, said.

"Our athletes and Member Federations work very hard to ensure that Team Ireland has the best preparation for the Olympic Games, and we are glad to be able to provide a level of support to them in their journey.

"We received some very exciting proposals and are looking forward to monitoring the progress of our athletes over the coming year."

The OFI also informed members there was an opportunity for them to use a courtesy vehicle supplied by Bridgestone free of charge, which can be booked by sports for events throughout the year.

The vehicle is supplied in addition to the Team Ireland Olympic minibus used regularly by Olympic sports.