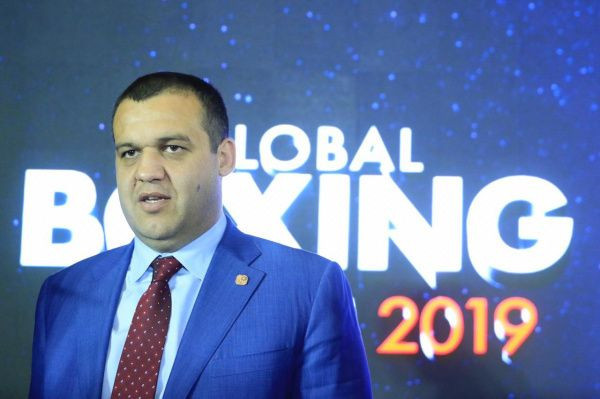 Russian Umar Kremlev has proposed creating a foundation to store money which could be used to preserve the future of the International Boxing Association (AIBA) and help the governing body avoid bankruptcy.

Kremlev, first vice-president of the European Boxing Confederation and a member of the AIBA Executive Committee, made the claim during the World Boxing Forum in Yekaterinburg.

The Boxing Federation of Russia secretary general, whose offer to personally clear AIBA's debts was cited as a concern by the International Olympic Committee (IOC) in a report which led to its suspension as the Olympic governing body for the sport, suggested money be invested in the foundation to "start the road to restoring AIBA".

This would be established to "in order for us not to blame that someone alone is paying for everything".

Kremlev revealed the foundation could include Presidents of professional boxing organisations and AIBA Executive Committee members.

"Everything will be invested there to make it more than one person," Kremlev said at the Forum in the Russian city today.

Kremlev, however, claimed yesterday that his offer "still remained in force", despite the concerns raised by the IOC Inquiry Committee on the lack of due diligence AIBA carried out on him and his proposal.

He claimed that "people, individuals and legal entities who are not indifferent to boxing will attract funds, including me" and will put money into the fund to eliminate the debt, which stands at around CHF17 million (£13 million/$17 million/€15 million).

"We are reforming not only AIBA, but the entire boxing community," Kremlev added.

His proposal comes amid continued uncertainty surrounding the future of AIBA after it was suspended by the IOC and stripped of any involvement in the boxing tournament at Tokyo 2020.

An IOC taskforce has been set up, chaired by Japan's International Gymnastics Federation President Morinari Watanabe, to oversee the delivery of a qualification process and the competition event at next year's Olympics without AIBA.

It is expected to deliver a put forward proposals for the qualification system and the tournament itself after the IOC Session approves the decision taken by the Executive Board last month.

"This was all a little bit short-term but there was no other way out," IOC President Thomas Bach said today.

"I hope they have made good progress but we will see this during the Executive Board meeting next week, where the taskforce will report.