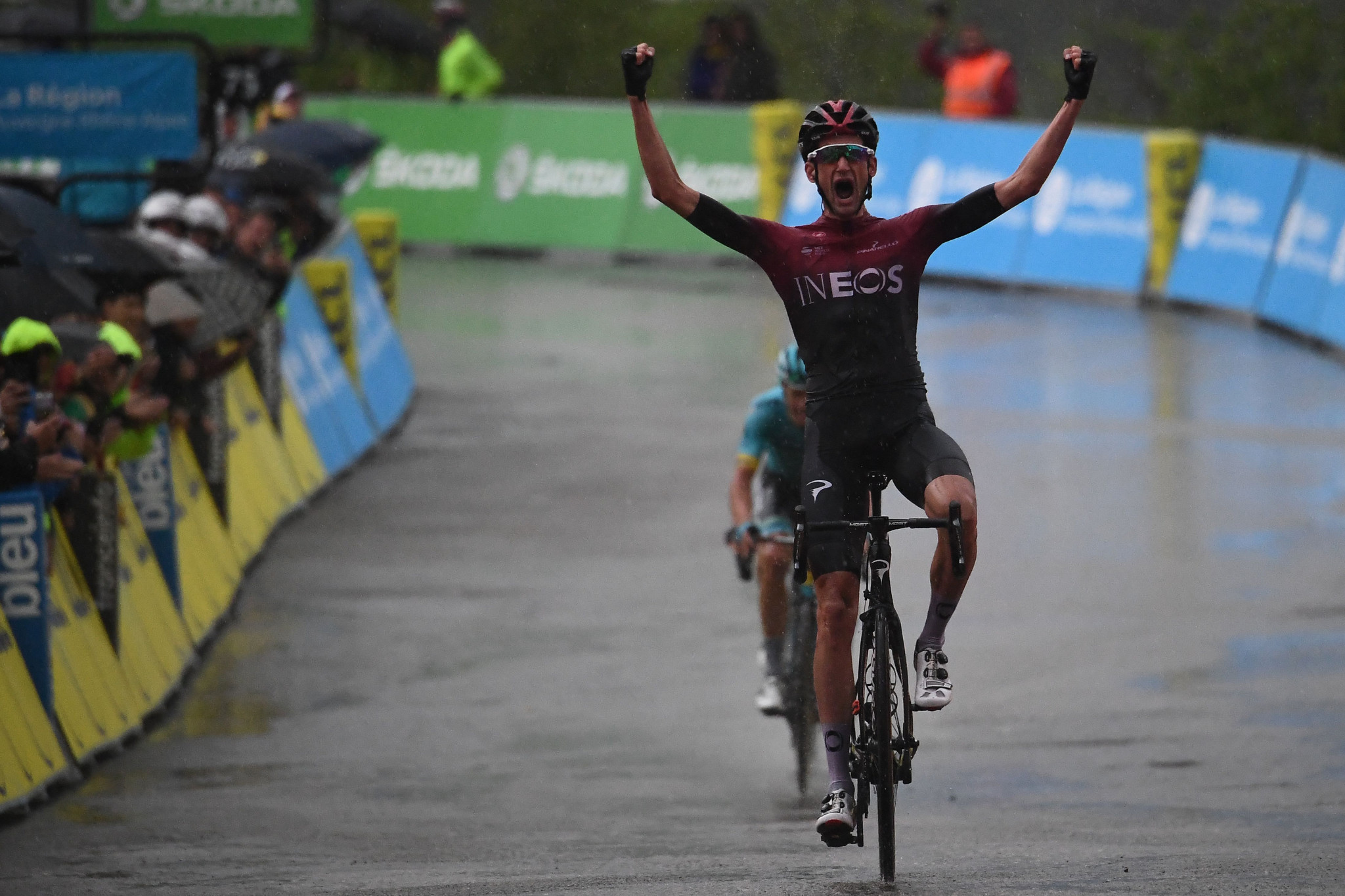 The 133.5 kilometre stage featured three first category climbs before a summit finish, with the day expected to be key to deciding the winner of the race.

An early breakaway was allowed to go clear by the main group of favourites, with the gap closing in the final kilometres as the general classification battle intensified.

Astana launched an offensive in the final 10 kilometres to bring back the dangerous Nairo Quintana, with their effort to catch the Colombian also aimed at providing a launchpad for their leader Fuglsang to attack.

The trio were left to battle for the stage victory, with Poels emerging the winner in 4 hours 1 min 34 sec.

The Dutchman later dedicated his victory to Froome, who crashed out of the race and the upcoming Tour de France after sustaining a series of serious injuries in a crash before the individual time trial earlier this week.

Fuglsang and Buchmann completed the top three on the stage by ending on the same time, while France’s Thibaut Pinot led a small group across the line 10 seconds down.

The group contained Britain’s Adam Yates, who slipped to second in the general classification ahead of tomorrow’s final stage.

The Mitchelton-Scott rider lies eight seconds adrift of Fuglsang in the overall standings.

United States’ Tejay van Garderen is third at 20 seconds behind the race leader.

He edged out Poland’s Maciej Bodnar who ended on the same time, while Australia’s Michael Matthews was one second off the pace in third.

Britain’s Geraint Thomas, one of the pre-race favourites, posted a time of 11:07.