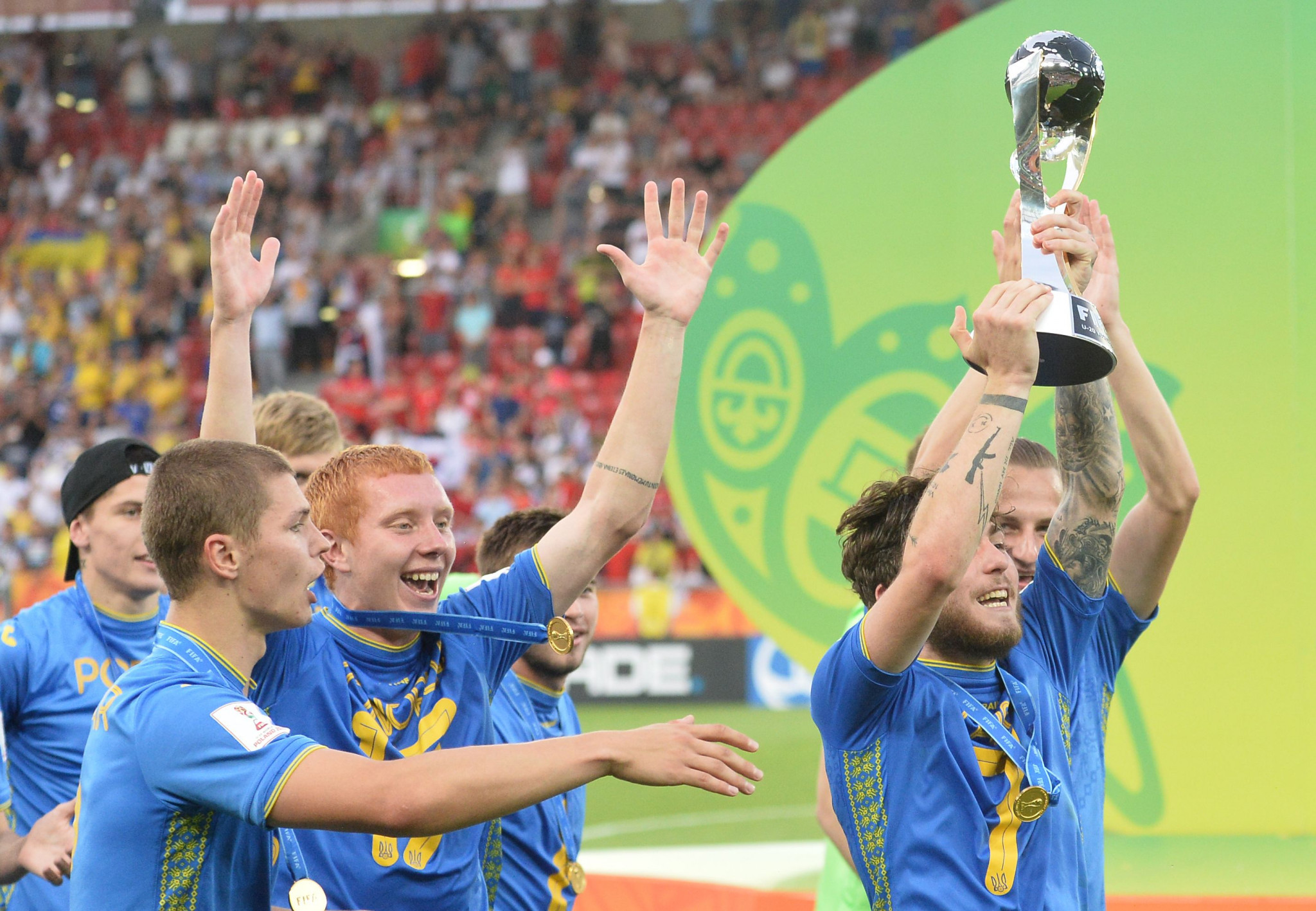 Ukraine clinched a maiden FIFA U-20 World Cup title by battling back from a goal down to defeat South Korea 3-1 in the final in Łódź.

The European nation suffered a difficult start at Lodz Stadium after the Video Assistant Referee (VAR) intervened in the fifth minute.

A VAR check led to the referee determining that South Korea’s captain Hwang Tae-hyeon had been fouled in the Ukrainian area.

Lee Kang-in sent the goalkeeper the wrong way from the spot.

Their lead was wiped out in the 34th minute when smart footwork in the South Korean area saw Vladyslav Supriaha poke the ball into the net, after the defence had failed to clear a free-kick.

Striker Supriaha completed the turnaround eight minutes into the second half when he took advantage of a fortunate deflection to fire beyond the goalkeeper.

South Korea pushed for an equaliser in the closing stages, which left them open to the counter-attack.

They succumbed in the 89th minute when Heorhii Tsitaishvili picked up a loose ball in his own half before embarking on a driving run.

The midfielder's pace and trickery saw him fashion a shooting opportunity on the edge of the box and he fired into the bottom corner.

Ukraine’s victory continues Europe’s recent run of success at the age group event, with France, Serbia and England having won the past three tournaments.

An Asian nation is still yet to win the title but South Korea matched the achievement of Japan, who finished as runners-up in 1999.

Lee Kang-in was awarded the Golden Ball for the tournament's best player, with the South Korean following the likes of France's Paul Pogba and the Argentina trio of Diego Maradona, Lionel Messi and Sergio Agüero in winning the prize.

Norway's Erling Håland secured the top scorer prize with nine goals, six of which came in a single match against Honduras.