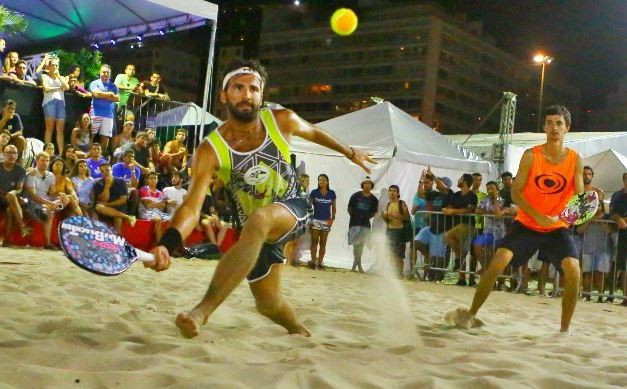 Top seeds Nikita Burmakin of Russia and Italian Tommaso Giovannini are into the final of the International Tennis Federation Beach Tennis World Championships after recording a 7-6, 6-4 win against Venezuelan Ramon Guedez and Aksel Samardzic of Kazakhstan in Terracina, Italy.

They will tomorrow face Alessandro Calbucci and Michele Cappelletti, who are yet to drop a set at the tournament.

The Italian second seeds reached the final with a 6-3, 7-5 win against sixth seeds Nicolas Gianotti and Antomi Ramos Viera of Spain.

German Maraike Biglmaier and her Brazilian partner Rafaella Miller claimed the women's doubles title in Terracina with a hard-fought victory against Giulia Gasparri and Sofia Cimatti.

The Italian top seeds appeared to have got back on track when they levelled at a set apiece but it was the third seeds who edged the deciding set to clinch a 6-3, 1-6, 7-5 victory.

Gasparri and Cimatti had earlier defeated compatriots Eva D'Elia and Veronica Visani to book their place in the final, fighting back to win 4-6, 6-3, 6-4.

Biglmaier and Miller also needed three sets as they disposed of Italians Flaminia Daina and Nicole Nobile 1-6, 6-2, 6-3 before taking the title.