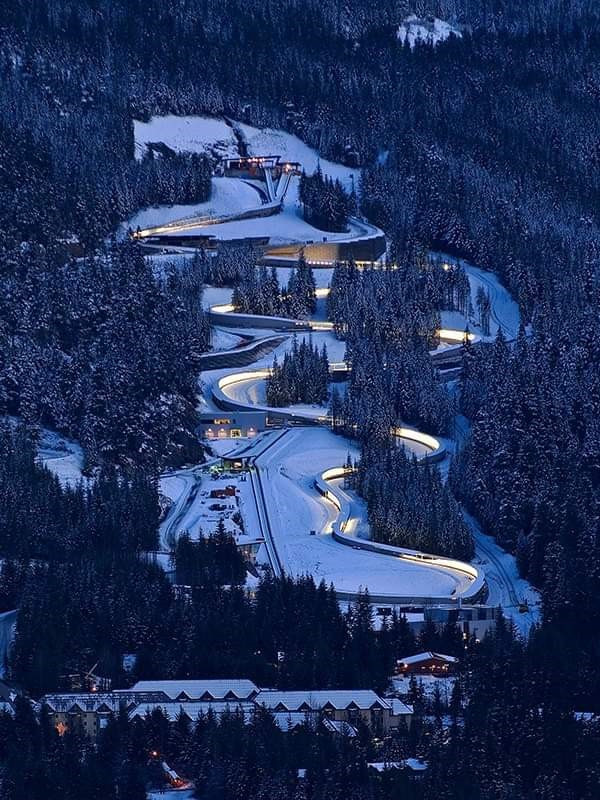 The executive director of Luge Canada Tim Farstad says he is "thrilled" Whistler has stepped up to host the 2021 World Championships after original hosts Calgary were forced to withdraw.

Track operator WinSport said it was unable to guarantee that Calgary would be ready to host the 50th edition of the World Championships due to delays in its planned conversion and renovation measures.

Applications from other national federations to stage the event were open to submission until June 1 but none were received, leaving Whistler as the sole candidate and the event staying in Canada.

Farstad said that while they are "deeply concerned " about the situation in 1988 Olympic host Calgary, they are delighted that the track which hosted the luge competition at the 2010 Vancouver Winter Olympics will again play host to a global event.

"The Whistler Sliding Centre is known by sliding fans as one of the best tracks in the world, and we are thrilled Whistler Sport Legacies has stepped up to partner with us during a difficult time for the future of our sport in Canada to host this prestigious event on the international race calendar," he said.

"While Calgary is still a very important part of our programme's success, and we are deeply concerned and hopeful the track at Canada Olympic Park will have a future, we cannot stand still with our planning for an event of this magnitude.

"The Resort Municipality of Whistler are world-leaders in event hosting, and we are looking forward to bringing the world back to Western Canada."

Roger Soane, President of track operator Whistler Sport Legacies, said the track is competition-ready having hosted the most recent edition of the Bobsleigh and Skeleton World Championships.

He said: "We are especially excited to see many of our local luge talents who grew up on our venue represent Canada on their home track in 2021.

"At the same time, we are hopeful that Calgary's track will reopen in the near future to jointly continue the legacy and successes the Canadian sliding programmes have attained since 1988."

Whistler native Reid Watts, who won bronze at the 2016 Youth Olympic Winter Games in Lillehammer and came 12th at the 2018 Winter Olympic Games in Pyeongchang as a teenager, said he is thrilled at the prospect of competing on a track he knows so well.

The 20-year-old said: "The results our programme has shown is proof the Whistler Sliding Centre is the perfect facility to learn and develop on to have success in the sliding sports.

"The track is very fast and technically challenging, with safety its top priority.

"This venue plays a critical role in our programme's success, we consistently train at high speeds and the ice is the best in the world.

"The Whistler Sliding Centre, for sure, is responsible for my quick development into an elite athlete and for my success early in my career.

"I can't wait to be a part of the World Championships in my backyard in 2021."

Whistler hosted the event, which was first held in Norway's capital Oslo in 1955, for the one and only time in 2013.