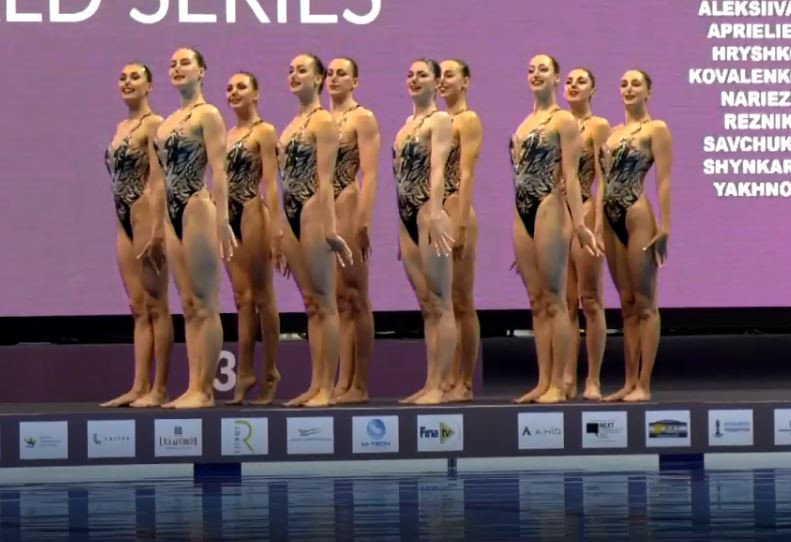 The International Swimming Federation Artistic Swimming World Series Super Finals in Budapest finished in the same way as they begun as Ukraine claimed the final gold medal in the Duna Arena.

The only medal up for grabs on the last day was in the free combination.

With just two teams contesting the final – Ukraine and Hungary – medals were assured, with only the gold and silver colours needing to be decided.

Marta Fiedina, winner of two solo golds in Budapest, was not involved in the 10-strong Ukrainian team but it did not make a difference as the country took gold by finishing 16 points in front of the host nation.

Ukraine recorded a final score of 94.2667 with Hungary collecting the silver medal on 78.5000 points.

The gold medal was the third of the weekend for Anastasiya Savchuk, who had topped the duet technical and duet free rostrums alongside Fiedina.

The Super Finals was concluded with an exhibition gala.