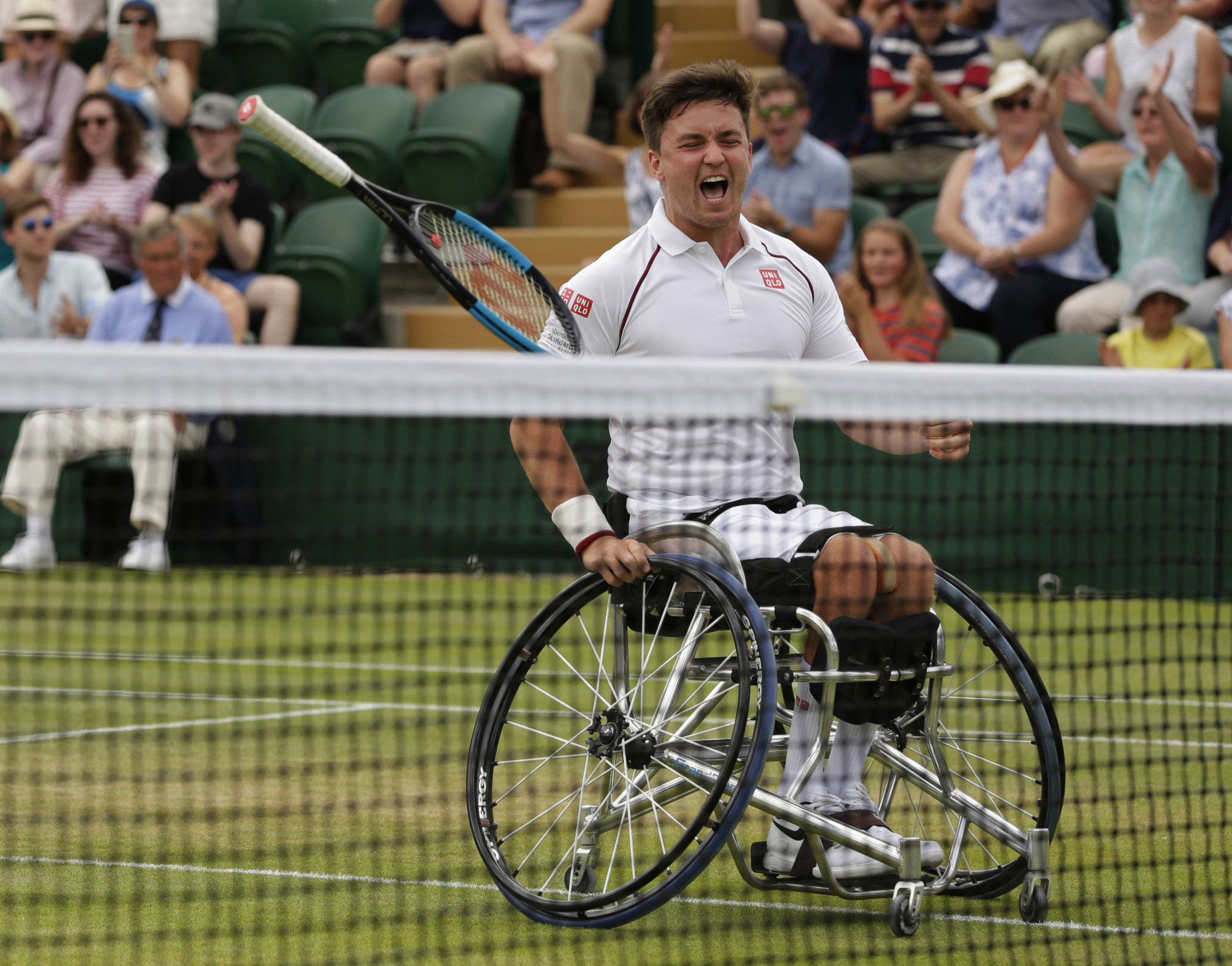 Three British players have been handed wildcards to appear in this year's wheelchair tennis tournaments at Wimbledon.

Gordon Reid, Andy Lapthorne and Jordanne Whiley will all appear on the famous grass of the All England Club in front of a home crowd.

They will join compatriot Alfie Hewitt at the Grand Slam, who was automatically awarded a place in the men's singles due to his world number three ranking.

He will be joined in that draw by Reid, an 11-time Grand Slam champion who reached the final of the French Open this month.

"Wimbledon obviously holds so many great memories for me after winning four titles there over the past three years, so I'm very happy and grateful to have been awarded the wildcard," the Paralympic silver medallist said.

"It's always a privilege to play at your home Grand Slam and such a buzz to win the major titles with the home crowd behind you, as Alfie and I have experienced.

"Hopefully I can take my good form on the clay and the hard courts in Paris over the past two weeks onto the grass courts."

Quads player Lapthorne will be among history makers as singles and doubles in the category will feature at Wimbledon for the first time.

He played in an exhibition doubles match last year.

"It's a dream come true to be playing in the first quad singles and doubles events at Wimbledon and I'm very thankful to Wimbledon for giving me that chance," the eight-time Grand Slam champion and Paralympic silver medallist said.

Whiley, a 10-time Grand Slam champion, will play her first Wimbledon since giving birth in January 2018.

She won the doubles in 2017 while 11 weeks pregnant, partnering Japan's Yui Kamiji, and began her comeback in the sport in February.

"I'm so grateful that Wimbledon have backed me, but I've had a great comeback and I did not expect to be back in the top eight by mid-June," said Whiley, who is already rising through the rankings.

"It's been an amazing few months."

This year's Wimbledon will take place between July 1 and 14.

A number of wildcards have also been awarded across the able-bodied events.