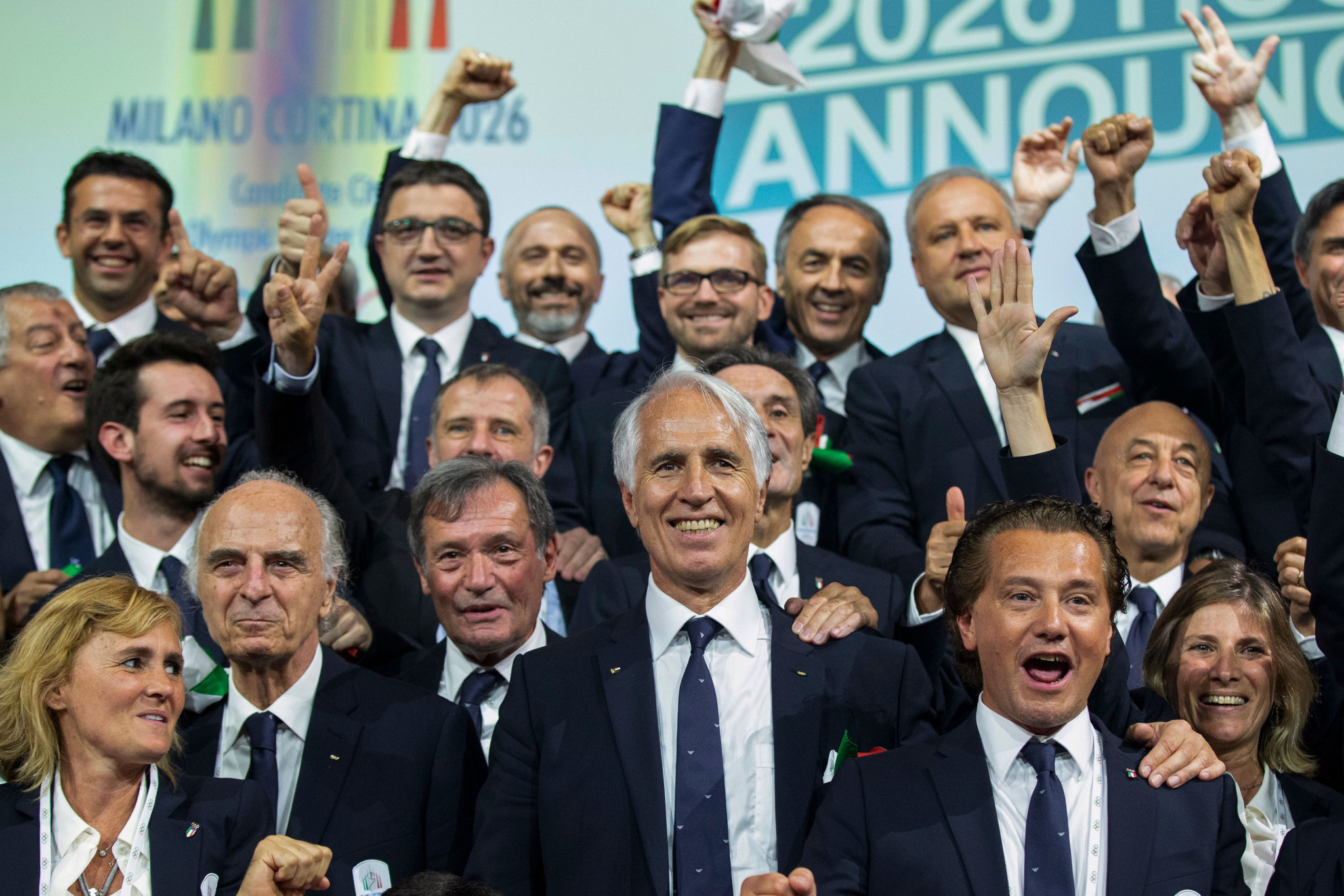 An overcome Malagò led the successful bid and is now set take up the role as Organising Committee President.

The International Olympic Committee (IOC) member hailed the unity in the bid, including key support from different regions and political parties.

Malagò also reflected on the crucial backing of Milan Mayor Giuseppe Sala and Veneto Governor Luca Zaia, when a three-pronged bid, including Turin, appeared on the brink of collapse last year.

While Turin withdraw from the process, Zaia’s vow to continue the process was seen as vital to continuing with the joint Milan Cortina effort.

The Milan Cortina 2026 effort saw off the challenge of Swedish rivals Stockholm Åre 47-34 in a vote by IOC members today.

"I am really emotional," Malagò said.

"This is a very important result.

"Not only for me but for the whole country.

"I am really proud of this fantastic team that we created altogether without differences.

"It was quite complicated at first and work out the peculiarities of the bid.

"I have to say thanks those at the beginning of this adventure in 2016.

"Mayor Sala, the Governor of Lombardy and all the people who are here.

" cannot remember in my life, the faith that they put in this bid and specifically in me.

"Luca Zaia was unbelievable, he said he wanted to participate with Cortina and with the region of Veneto.

"Immediately the Mayor of Cortina was happy to be in their team.”

Malagò also praised the role of Olympic champions Arianna Fontana, Sofia Goggia and Michela Moioli, who were joined by Elisa Confortola, who carried the Italian flag at the European Youth Olympic Winter Festival.

The trio played key roles in the final presentation of the Milan Corina bid prior to today’s vote.

The triumph marked a significant turnaround in fortunes for Malagò, part of the failed Rome 2024 bid for the Summer Olympic Games.

The Rome 2024 bid collapsed less than three years ago, following the election of new Mayor Virginia Raggi  in the capital city.

Malagò reflected that the political support in the 2026 bid proved a key difference between the two efforts.

"The Mayor of Rome did not give me faith.

"This is the truth."