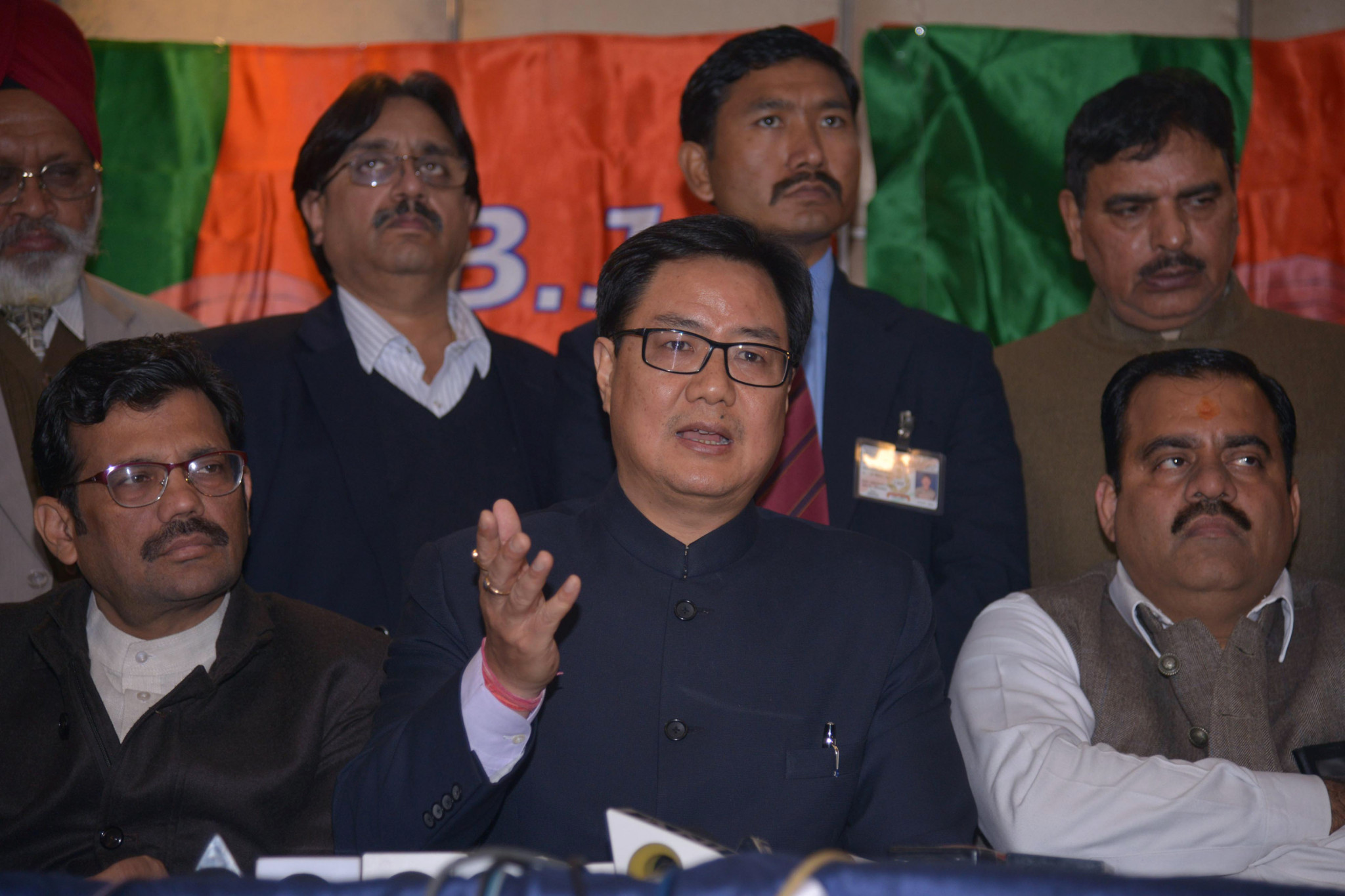 The Indian Olympic Association (IOA) cannot take a unilateral decision on boycotting the Birmingham 2022 Commonwealth Games over the omission of shooting from the sport programme, the country’s Sports Minister Kiren Rijiju has claimed.

Shooting was not among the three optional sports recommended for inclusion at Birmingham 2022 by the Commonwealth Games Federation (CGF) Executive Board at its meeting last week.

Women's cricket, beach volleyball and Para table tennis were put forward for formal approval by the CGF's 71 member associations following a proposal by Birmingham 2022, with shooting and archery overlooked.

The decision has created a stir in India, one of a number of Commonwealth countries for whom shooting has traditionally been a leading source of medals.

Asked last week if the IOA could contemplate pulling out of Birmingham 2022, IOA secretary general Rajeev Mehta said: "That cannot be ruled out.

"We can even go to that extent."

But as reported by the New Indian Express, Rijiju said that the IOA could not take the decision independently.

He added that he would discuss the issue with the National Rifle Association of India (NRAI) and IOA before making a call.

"I haven’t discussed with the shooting federation," Rijiju said.

"Officially, I don’t know about their position yet.

"If you have to boycott the Games, you have to ask the Government because these decisions are not to be taken unilaterally, it has to be done through proper consultation."

NRAI President Raninder Singh, meanwhile, launched calls for the country to boycott the event in protest.

As reported by the Times of India, Mehta said last week that the IOA would write to the CGF requesting a review of the decision taken.

"Shooting is a big sport in India and for many shooters, CWG (Commonwealth Games) is a stepping stone to Olympics two years later," he said.

"It is a big setback for shooting as well as Indian sport as a whole.

"We have made representations to the CGF, and the Government has also done that, but still shooting has been left out.

"We know it is difficult now to overturn the CGF decision but all is not lost.

"We have one month’s time (before the inclusion of new sports is voted by all the 71 CGF members).

"The IOA Executive Council will take a decision within the next two weeks and we are not averse to taking a major decision."

insidethegames exclusively revealed that shooting had turned down the opportunity of having a reduced programme at Birmingham 2022 because they had not been prepared to compromise on any of their four disciplines.

CGF President Dame Louise Martin claimed shooting could have been part of the programme if they had accepted a proposal of including only small bore rifle and pistol events.

Pistol and small bore rifle shooting involves competitors firing at stationary targets across distances ranging from 10 to 50 metres and Birmingham 2022 believes a temporary venue could have been built to accommodate those events.

Dame Louise told insidethegames, however, that shooting wanted the four events contested at Gold Coast 2018 – full bore, pistol, rifle and shotgun – to be part of the programme and staged at the National Shooting Centre in Bisley, 130 miles south in Surrey.

Shooting has featured at every Commonwealth Games since Kingston 1966, with the exception of Edinburgh 1970.

A petition launched on Change.org following the initial decision by Birmingham 2022 not to include shooting on the programme received 61,094 supporters.

The International Shooting Sport Federation had even offered to contribute towards the cost of getting Bisley ready in time for the Games, British Shooting claimed.

The same venue had hosted shooting the last time the event was staged in England in 2002.