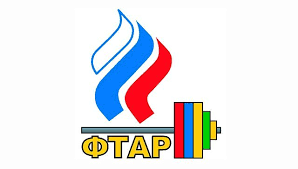 Russia’s Nadezhda Lomova, who was provisionally suspended by the International Weightlifting Federation (IWF) earlier this year in view of a potential anti-doping rule violation, has been banned for four years.

The reason behind it has not been specified.

Lomova, 28, won the women's under-63 kilograms silver medal at the 2014 European Championships in Tel Aviv in Israel, but has rarely competed since.

She was her nation’s 31st positive since the Beijing 2008 Olympic Games, although all but three of those violations were committed between 2008 and 2015.

The IWF reported on April 4 that Lomova’s sample had returned an Adverse Analytical Finding for metenolone and metenolone metabolite 1.

Russia was among nine nations – alongside China, Kazakhstan, Ukraine, Armenia, Azerbaijan, Belarus, Moldova and Turkey – banned in 2017 by the IWF for having multiple positives in the retesting of doping samples from the Beijing 2008 and London 2012 Olympics.

The country, which had already been suspended from the 2016 Olympic Games in Rio de Janeiro, missed the 2017 IWF World Championships in Anaheim in California.

Russia was awarded the 2020 European Weightlifting Championships on October 19, the same day its one-year suspension from the sport expired.

RWF President Maxim Agapitov hailed the decision to award the continental event to Moscow, which has not held it since 1983.

It will be the first time it has been held in Russia since 2011.

That year, the city of Kazan played host.