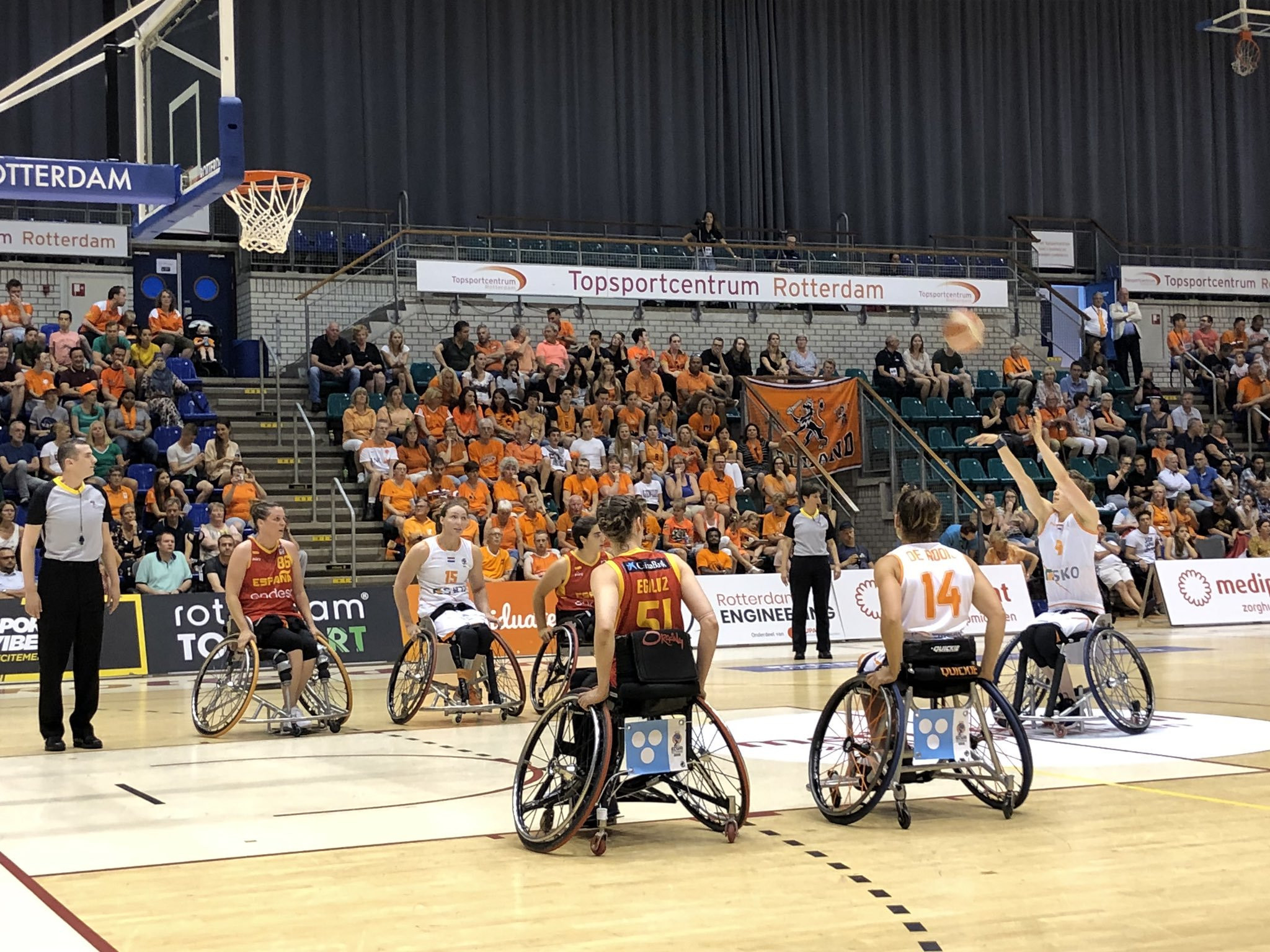 The Netherlands got their International Wheelchair Basketball Federation Women’s European Championship Division A campaign off to the ideal start in front of a home crowd today.

The Dutch, the reigning world and European champions, began the round robin stage with a 59-36 victory over Spain at Topsportcentrum Rotterdam.

Mariska Beijer contributed more than half of her team’s points with 31, while Bo Kramer chipped in with 11.

Virginia Pérez’s 21 points for the Spanish proved in vain.

Elsewhere, Britain served notice of their intentions by destroying France 66-18.

Amy Conroy amassed 23 points and she was well supported by Robyn Love on 10 and Judith Hamer on nine.

Germany also enjoyed a thumping victory as they crushed Turkey 59-17.

Mareike Miller and Katharina Lang led the scoring for the Germans with 12 and 11-point hauls, respectively.

All six teams are due to play each other once during the round robin stage with the top four progressing to the semi-finals, set to take place on Saturday (July 6).