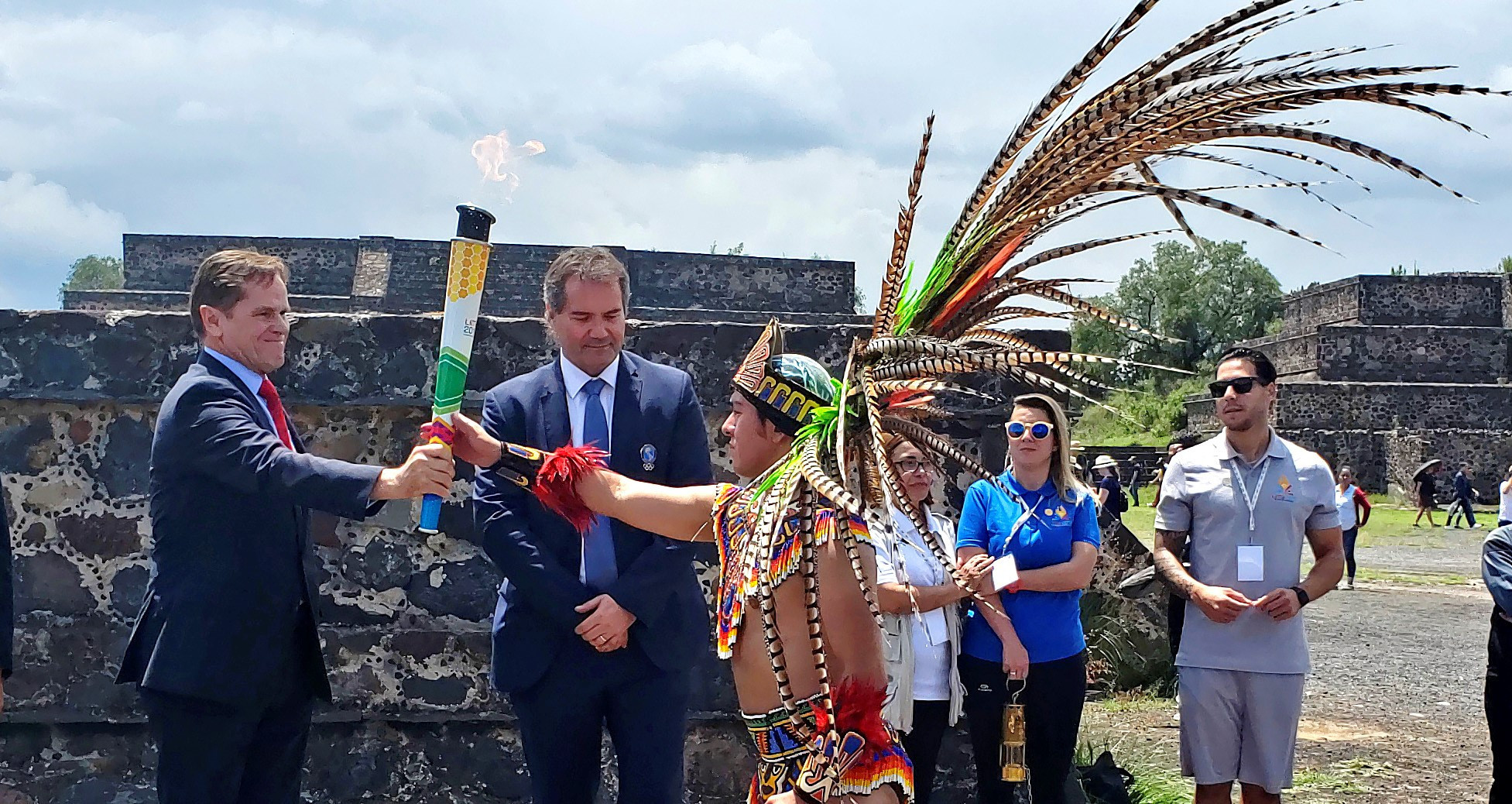 Lima 2019 has lit the Flame of the Pan American Games Torch at the Plaza of the Pyramid of the Moon, located in the ancient ruins of Teotihuacán in Mexico.

The Torch lighting ceremony is said to have highlighted the historical significance of Peru and Mexico and united two ancient civilisations of the Americas for a celebration of culture and sport.

It featured the flags of the 41 countries of the 6,680 athletes who will be competing in the Pan American Games from July 26 to August 11.

They were joined by Alfredo del Mazo Maza, the Governor of the State of Mexico, and Julio Garro, the Ambassador of Peru to Mexico.

"The lighting of this Flame begins the home straight of an even greater relay for our country," Lima 2019 President Carlos Neuhaus said.

"Now, as the Torch relay illuminates Peru, the inspirational power of sport will illuminate even more lives across the country.

"When it reaches the Opening Ceremony of the Pan American Games in Lima on July 26, this Flame will ignite a spectacular celebration of sport, a celebration that spurs the athletes of the Americas to inspirational feats."

The Lima 2019 Pan American Torch was sparked with the "Fuego Nuevo", which translates to the "New Fire".

The ceremony took place amidst ancestral rituals of the Aztec culture, because, according to Aztec mythology, this location was chosen by the gods to create the centre of the universe.

In order to maintain the continuity and balance of the universe, the ancient inhabitants periodically performed a ritual that reaffirmed their commitment to their gods.

Members of the School of Fine Arts of the State of Mexico performed live music and a ritual dance for the festivity.

Lima 2019 ambassador and Toronto 2015 gold medallist in karate, Alexandra Grande, was the first athlete to carry the Pan American Torch.

Fellow Peruvian and Lima 2019 ambassador Pilar Jáuregui, considered to be among the top-10 Para badminton players in the world, was also a Torchbearer.

"Peru has become a country that values sport, that embraces sport more than ever before, a country where sport is part of the fabric of our culture and our communities," Nehaus added.

"(Our Torchbearers) were chosen because they have lived their lives according to the values of sport.

"They have embodied those human values of friendship, excellence and respect."

The lighting ceremony of the #Lima2019 Pan American flame continues with live music and a great performance by the Mexican Escuela de Bellas Artes. 🇲🇽🤗 pic.twitter.com/Sfvt9ZvLTK

The Lima 2019 Pan American Torch will now travel to Cusco, the historical capital of Peru, and the Inca citadel of Machu Picchu, where it will begin a 22-day journey across 26 cities tomorrow.

Some 600 Torchbearers will see the Flame through more than 6,500 kilometres of mountain, jungle and coast of Peru, visiting emblematic places such as the Mountain of 7 Colors in Cusco, the Colca Valley in Arequipa, the Nazca Lines in Ica, Lake Titicaca in Puno and the ruins of Chan Chan in La Libertad.

The Torch relay will culminate at Peru National Stadium on July 26 for the Opening Ceremony of the 2019 Pan American Games.

"We have already entered the final stretch of what has been years of hard work, and with this beautiful ceremony in this magical place of Teotihuacán, here in Mexico, we have launched the incredible journey of the Pan American Flame," Ilic added.

"Two civilisations that have lasted millennia and a whole continent is now united by sport once more.

"The Flame is a light that brings hope and demonstrates the passion and the true spirit of Olympism.

"Peru and all its people are waiting for us with open arms, because as of now, the most important sports festival in the history of the country begins."

The Lima 2019 Parapan American Torch is due to be ignited on August 20 at the Temple of Pachacámac in Lima.

It will be carried by 300 Torchbearers and travel for three days through 12 emblematic huacas – such as Pucllana, Puruchuco, Mateo Salado and Huallamarca – before reaching Peru National Stadium on August 23 for the Opening Ceremony of the 2019 Parapan American Games.