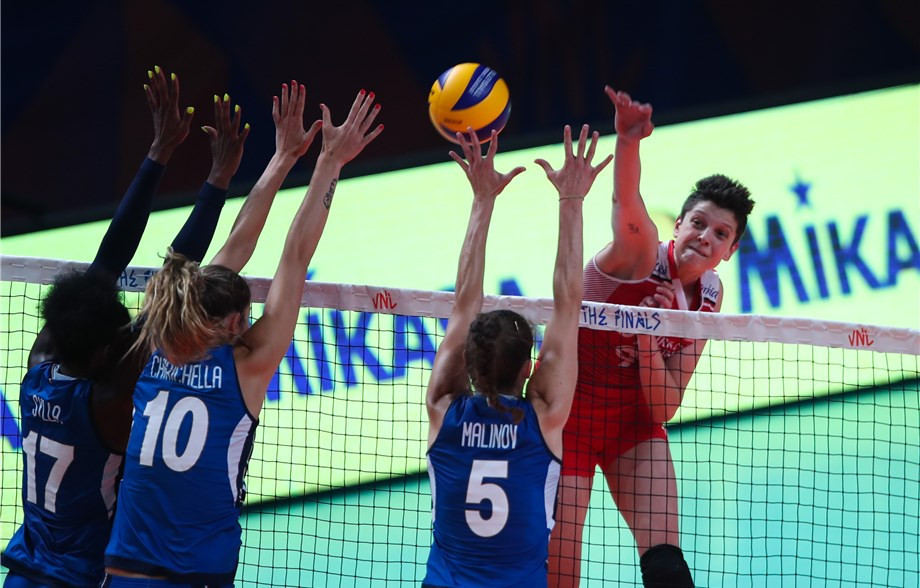 Turkey, the United States and Brazil secured their place in the last four of the International Volleyball Federation Women's Nations League finals in Nanjing.

America and Brazil are also through after the South American side defeated Poland in Group B.

Ebrar Karakurt led the scoring charts for Turkey as she amassed 17 points for 15 attacks and two blocks.

Italy are due to face China for the second semi-final place tomorrow.

In Group B, two-time Olympic champions Brazil overcame Poland in a marathon five-set contest to seal their spot in the last four.

The defeat eliminated Poland and came despite Malwina Smarzek scoring a colossal 32 points to bring her Nations League total to 420 from 17 matches.