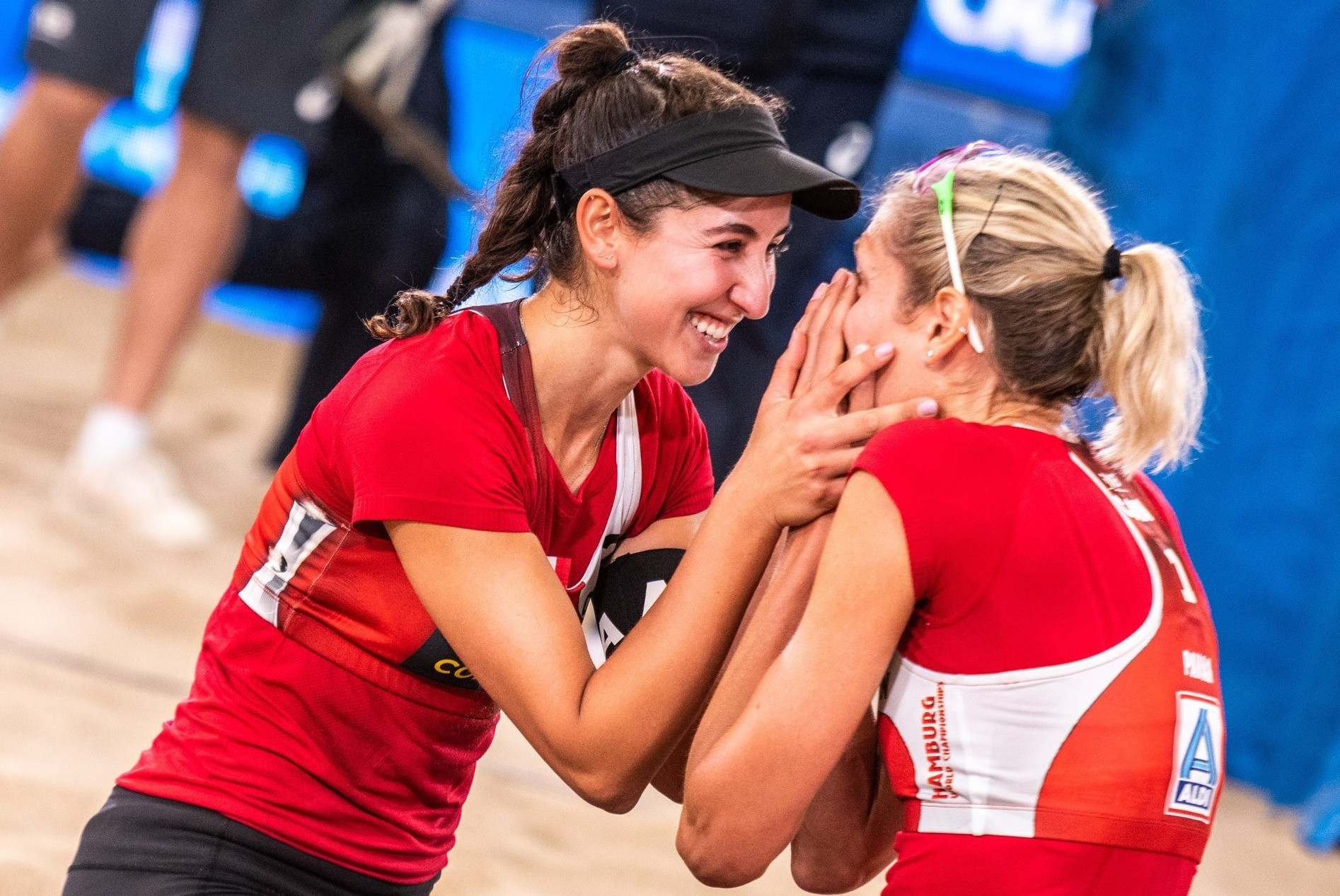 Canada’s Melissa Humana-Parades and Sarah Pavan secured the women’s title at the Beach Volleyball World Championships in Hamburg today and the additional prize of a place at next year's Olympic Games in Tokyo.

They came from behind in both sets to defeat April Ross and Alix Klineman of the United States 23-21, 23-21 in front of a packed crowd in the Rothenbaum Stadium.

Later in the evening that crowd erupted as home pairing Julius Thole and Clemens Wickler earned a place in the men's gold medal match tomorrow by beating Norway's Anders Mol and Christian Sørum 17-21, 21-16, 15-12.

"Every failure has led to this moment, nobody sees the tough moments, they only see the good," said Pavan.

"We’re proud of the history we’re making but it’s not always rainbows and butterflies.

"We’re committed to each other, we’ve ground through the tough times and these times of adversity makes this moment even sweeter."

One year after winning a bronze medal in Hamburg at the World Tour Finals, Taliqua Clancy and Mariafe Artacho repeated their finish at the World Championships at the very same venue in this International Volleyball Federation flagship event.

"This is such a huge event leading to the Olympics next year and it was so important for us," Artacho said.

"Playing in the stadium gives you goosebumps, the energy of the crowd is unbelievable and it’s so much fun."

In the men’s competition, Oleg Stoyanovskiy and Viacheslav Krasilnikov were the first to secure a place in tomorrow’s final.

The Russian pair, who had reached the semi-finals without dropping a set, were unable to maintain that record against a US pairing of Tri Bourne and Trevor Crabb, who had earlier in the day disposed of Brazil’s André Loyola and George Wanderley in a three-set quarter-final.