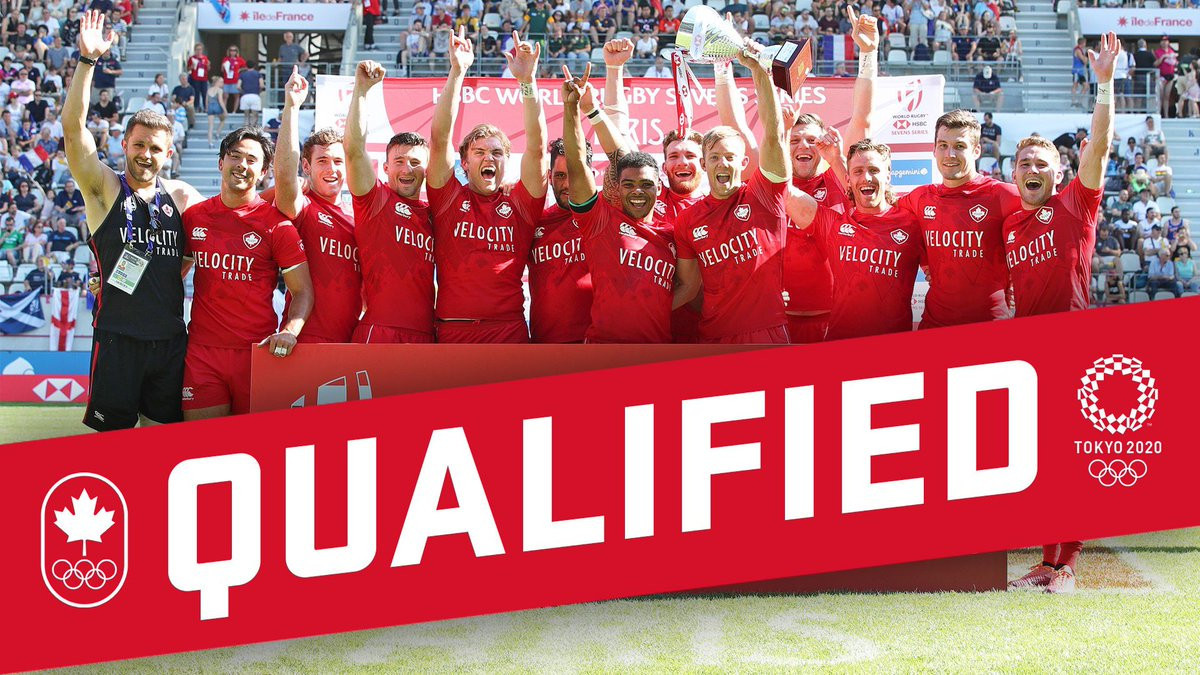 Canada roared to victory at the Rugby Americas North Sevens in the Cayman Islands to book their spot in the men's tournament at the Tokyo 2020 Olympics.

After scoring 151 points and conceding just five during the group stage yesterday, the Canadians were equally dominant as they negotiated the knock-out rounds today.

They began at the Truman Bodden National Sports Complex in George Town with a 47-5 quarter-final win over Guyana before a 55-0 demolition of Bermuda in the last four.

In the gold medal match they were too strong for Jamaica, winning 40-5 to claim the sole Tokyo 2020 space available from the tournament.

Canada had failed to reach the Olympics via the 2018-2019 World Rugby Sevens Series and sacked English coach Damian McGrath in May, replacing him on an interim basis with New Zealand-born Henry Paul.

They have now joined fellow North Americans the United States at the Games, who did qualify through the Series.

"A lot of us have been grinding for this for a long long time," said Canada's Harry Jones.

"There are a lot of boys back home that couldn't be here but they were on the field with us.

"To all of our fans, supporters, staff, before and now, we love you all.

"This is such a great feeling."

Jamaica, who like Canada ended the group phase with a 100 per cent record, could still qualify for Tokyo 2020 as their second-place finish has earned them a spot at next year's repechage tournament.

Mexico won bronze and also gained a repechage tournament spot thanks to a 50-0 win over Bermuda.

In the quarter-finals the Mexicans beat hosts Cayman Islands 12-7 while Bermuda pipped Trinidad and Tobago 7-5.

In the women's event Mexico beat Jamaica in the final.

Jamaica won all five matches to finish top of the round-robin phase, including a 24-7 win over the Mexicans, but the roles were reversed in the gold medal contest.

Mexico, who finished the round-robin second after three wins and two defeats, pipped the Caribbean nation 19-15.

Both finalists have earned a place in the women's Tokyo 2020 repechage tournament.

No automatic spot was awarded to the event as both the US and Canada have already qualified through the World Rugby Sevens Series.