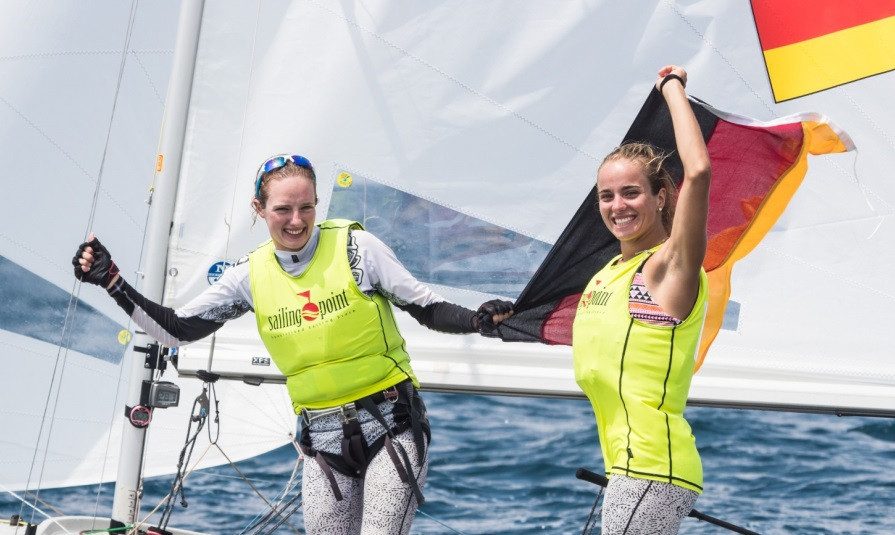 Germany's sailing sisters Luise and Helena Wanser struck gold in the women's event at the Junior 470 World Championships in Slovenia.

The siblings enjoyed a superb week in Portorož, winning five races with a worst finish of seventh heading into today's medal race.

They only managed a sixth place finish today but it was still more than enough for the overall victory on a score of 32 points.

Dahnke and Winkel won the medal race in front of Amar and Riou, with Japan's Mano Udagawa and Ayana Kudo third as they finished fourth overall on 48 points.

In the men's fleet, Italy's Giacomo Ferrari and Giulio Calabro had already wrapped up gold before the medal race took place thanks to eight victories from 11 races.

They crossed the line third today to end the competition on 23 points for a huge victory.

Germany swept up both minor medals with Daniel Gottlich and Linus Klasen coming home eighth to end on a score of 60 for silver.

A second Italian gold arrived in the mixed event as Maria Vittoria Marchesini and Bruno Festo finished on 90 points.

All of the mixed boats were competing alongside the men with the duo's score enough for seventh overall.

They were fifth in the medal race after a week which saw them win the very first race of the regatta.

"It was a really difficult championship, and we're really happy."