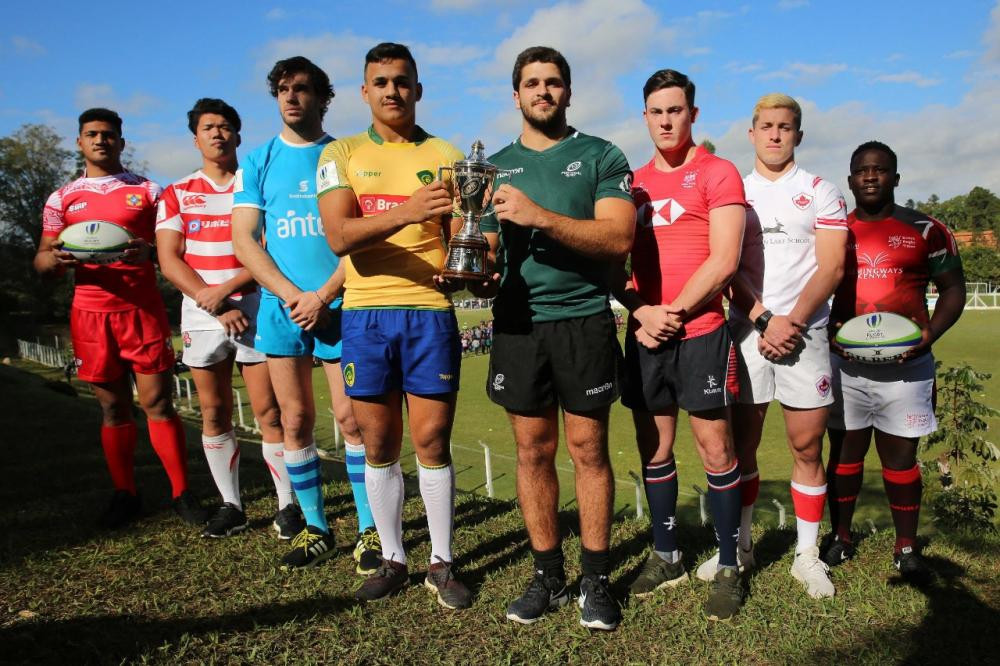 Some of the world’s finest young rugby talents have gathered in São José dos Campos for the World Rugby Under-20 Trophy 2019, with hosts Brazil making their debut as play is due to get underway tomorrow.

For the team that takes the title on July 21 there is the coveted additional prize of promotion to the World Rugby under-20 Championship 2020.

Brazil are set to take on 2017 champions Japan, along with Kenya and Uruguay in pool A, while Tonga, Canada, Portugal and Hong Kong will face each other in Pool B.

The teams will do well to match the stats generated by this competition last year, which saw 1,164 points including 166 tries scored in 16 matches at the tournament in Romania, where Fiji were crowned champions following a 58-8 victory over Samoa in the final.

This year, Japan who return to the U20 Trophy following their relegation from the under-20 Championship in 2018, will be hoping to regain their spot in the elite competition next year.

They will face stiff competition from the other seven teams in Brazil.

Joining them from Asia are Hong Kong, who are hoping to build on last year’s best-ever finish of sixth.

Also representing South America with the hosts are Uruguay, the inaugural champions in 2008 and the most experienced team in terms of matches played at this level.

One team will earn their place in the U20 Championship next year. Who will it be? #WorldRugbyU20s Trophy 2019 pic.twitter.com/6BrlUS25Yg

Los Teritos have won 56 per cent of their 36 under-20 Trophy matches, the same ratio as Tonga, whose best finish was runners-up to Japan in 2014.

Kenya’s surprise qualification at the expense of African rivals Namibia sees them return to the under-20 Trophy line-up for the first time in a decade, while Canada will hope to go one better than their second-place finishes of 2013 and 2015 having seen off the United States in the qualification process.

Portugal have won a medal at the last two tournaments and many of the players on show in the Uruguay and Romania teams have already been capped at senior level.

World Rugby chairman Sir Bill Beaumont said: "The World Rugby under-20 Trophy is a fantastic platform offering the sport’s future stars from emerging and established rugby nations a chance to shine on the global stage.

"More than 470 players have so far made the transition from appearing in the U20 Trophy to achieving senior test player status for their country and I would expect even more to make that progression in 2019."

All matches on the four match days on July 9, 13, 17 and 21 are scheduled to take place in the Estádio Martins Pereira in São José dos Campos.

The tournament is set to capture the imagination of fans across the state of São Paulo and throughout Brazil, building on the recent rapid growth of rugby in the nation that oversaw the return of rugby to the Olympic Games programme at Rio 2016.