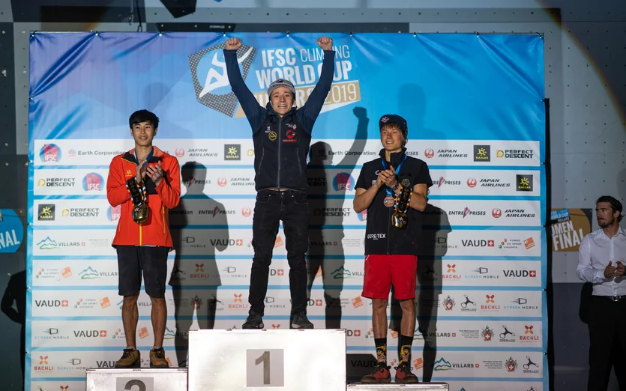 Lehmann moved into first place with an easy climb to the summit and none of his rivals were able to overhaul him at the Place du Rendez-vous venue.

China’s Pan Yu Fei and Germany’s Alexander Megos were the only other competitors to successfully top the route, ranking second and third respectively.

China’s Song Yi Ling was the silver medallist, while Russia’s Elizaveta Ivanova rounded off the podium.

The next IFSC World Cup is due to take place in Chamonix in France next week.