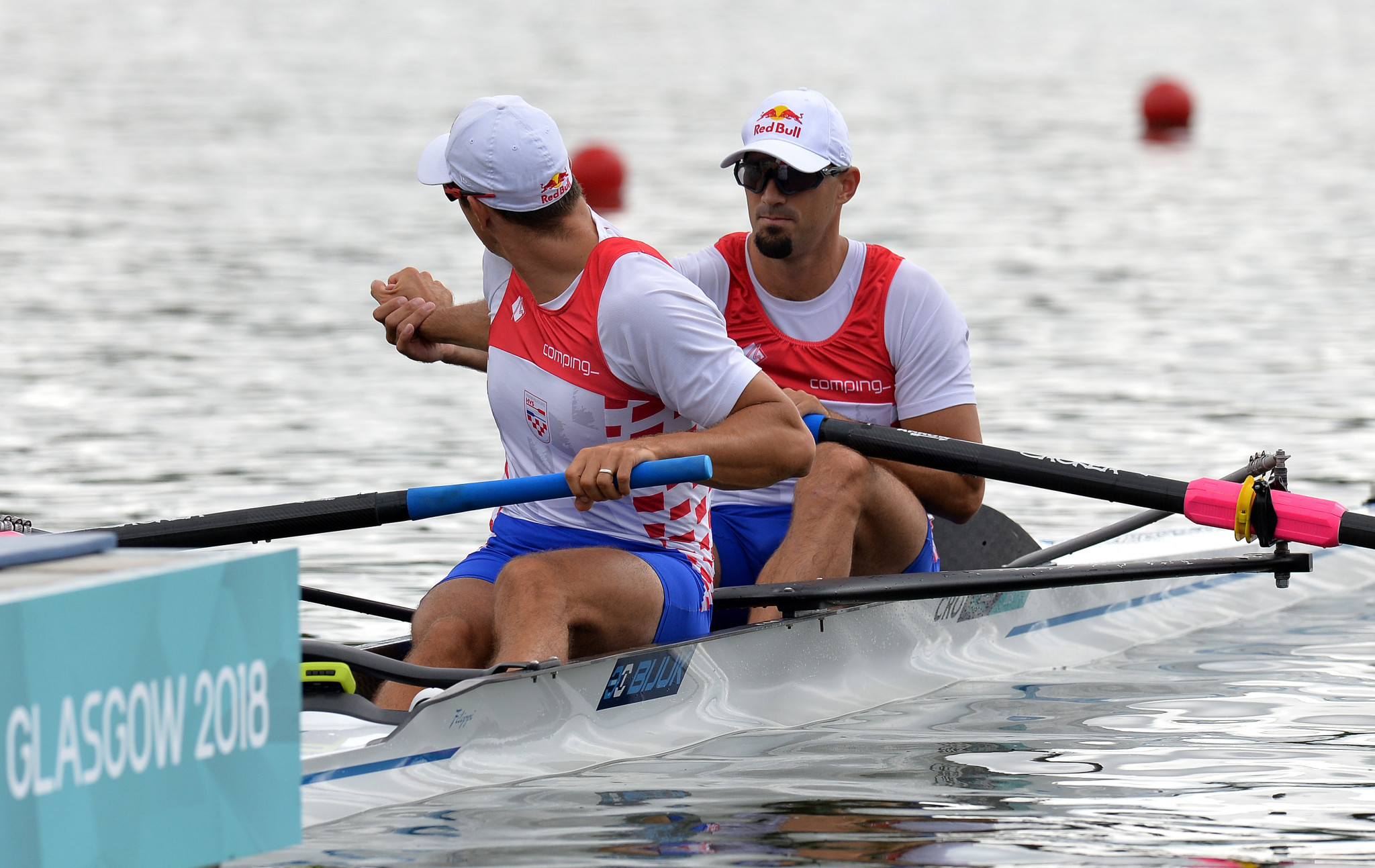 World champions Martin and Valent Sinković of Croatia were among the qualifiers in the men's pair event on a weather-affected first day at the World Rowing Cup in Rotterdam.

Conditions in the Dutch city forced organisers to stage all heats in the time trial format, where boats raced against the clock and went one at a time at 30-second intervals.

The Croatian brothers, who missed the last World Cup in Poland owing to Valent's back problems, posted a time of 6min 46sec to progress to the next round.

It was not quite the fastest in the competition, however, as Thomas Murray and Michael Brake of New Zealand clocked 6:41.00 in the third heat.

Racing has been changed to a time trial format starting at 14:30 CET. Boats will use lane 1 and start individually at 30 second intervals.#WRCRotterdam #worldrowing

Lukas Helesic and Jakub Podrazil of the Czech Republic were also quicker than the world champions, crossing in 6:45.00

The Dutch crew of Melvin Twellaar and Stef Broenink were fastest in the men's double sculls as they stopped the clock at 6:27.

Australia’s Georgia Newbitt and Germany’s Marie-Louise Draeger were the two fastest boats in the first heat of the women's single sculls competition.

Newbitt, considered among the pre-event favourites, completed the course in 8:14.00, while 38-year-old Draeger clocked 8:21.

The regatta, the last major competition before the World Championships, continues tomorrow.