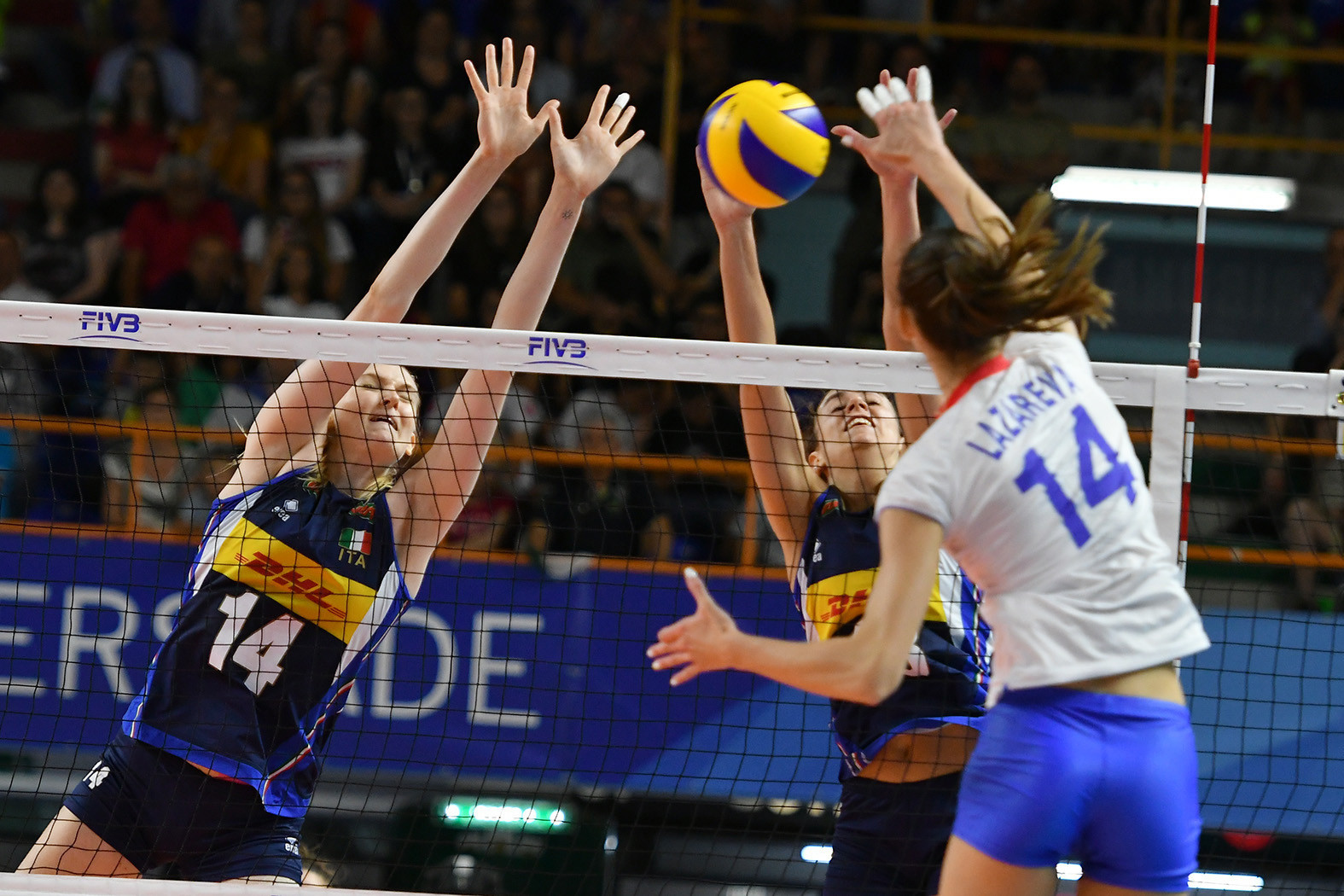 Hosts Italy were beaten by defending champions Russia in the final of the women's volleyball here at the Naples 2019 Summer Universiade.

At the PalaSele in Eboli, Russia won the first set 25-21 before Italy levelled with a 25-15 scoreline in the second set.

Russia had more success in the rhythmic gymnastics at the PalaVesuvio, winning the team event after scoring 47.250 points.

Ekaterina Selezneva earned another Russian gold in the individual all-around, dominating the field and recording a score of 83.600.

Azerbaijan's Zohra Aghamirova was the silver medallist with 75.425 and Laura Yihan Zeng of the United States completed the podium with 72.600.

The first medals of the tennis competition were awarded at the scenic Naples Tennis Club, with women's and men's doubles taking place on the clay surface.

The Chinese pair then launched a comeback, taking the second set 6-2 and triumphing 10-8 in the resultant tiebreak.

Excuuuse us?! So Yon Jon (PRK) scores the stunning game winner from way outside the box with just one minute left in the Women's Football Final. 🦵⚽ #Napoli2019 #ToBeUnique #Universiade

In the men's doubles, Khumoyun Sultanov and Sanjar Fayziev of Uzbekistan were the victors against Seongchan Hong and Sanhui Shin of South Korea, winning 7-5, 4-6, 10-5.

There was an upset in the taekwondo as South Korea's Park In-ho upset the top seed and Asian champion in the men's under-87 kilograms final.

Su Po-ya of Chinese Taipei won her country's first taekwondo gold of the competition, beating South Korean Ha Min-ah 10-4 in the final of the women's under-53kg.

A dramatic final in the women's football concluded the day of action here as North Korea secured a last-gasp winner against Japan.

Yon Jon converted in the final minute to give her country a 2-1 victory and the gold medal.

Russia sealed bronze after a penalty shootout win over Ireland.