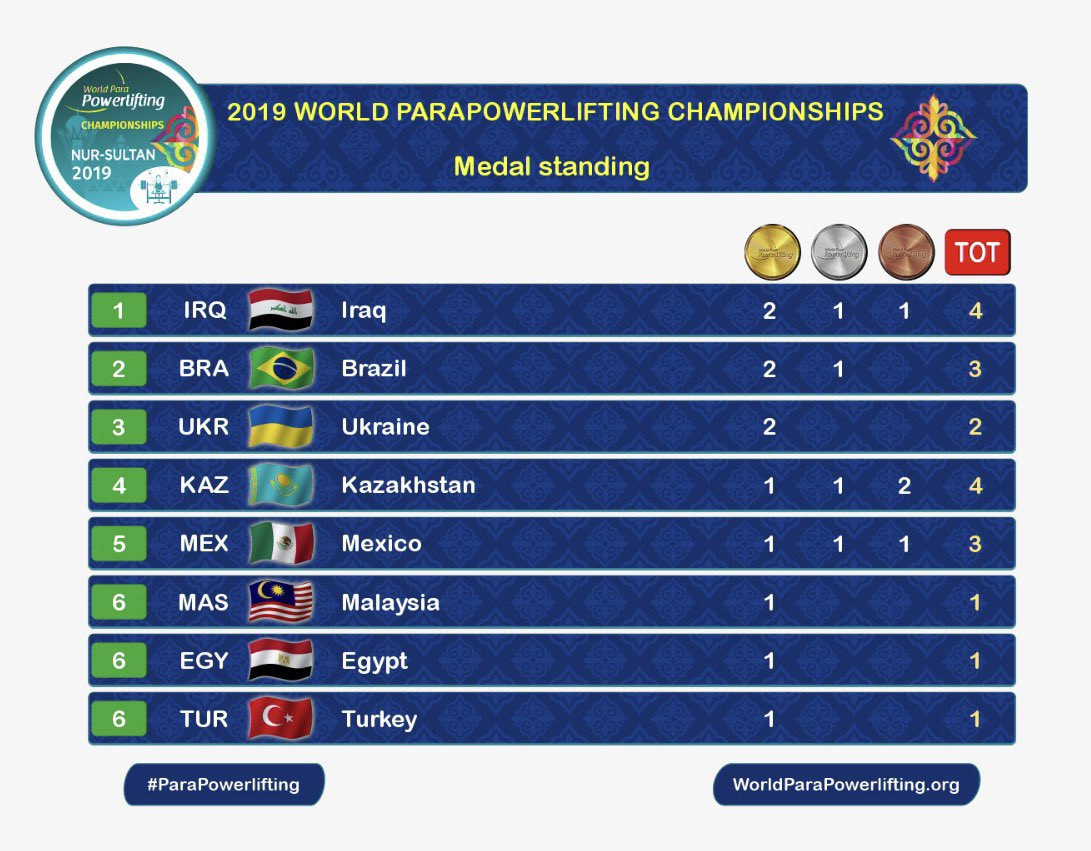 A tally of two golds, one silver and one bronze saw the country triumph at Astana Congress Center.

One of Iraq's two winners was Abdullah Al-Kaabi, who lifted 130 kilograms in the men's up to 88kg event.

There was also success for compatriot Hussein Al-Jber with a giant lift of 155kg in the men's over-107kg competition.

Poland's Wiktor Kedzia was the silver medallist with 115kg.

Brazil and Ukraine also claimed two gold medals each with the former adding a silver to their tally.

Iraq's Abdullah Al-Kaabi wins the junior men's up to 88kg title in Nur-Sultan!

This lift of 130kg in the first round enough for gold! 🥇#ParaPowerlifting | #NurSultan2019 | @asianparalympic pic.twitter.com/eB9CMZzaKO

Cruzato, meanwhile, won with a lift of 96kg, bettering runner-up Zakhar Buimov of Kazakhstan by 1kg and third-placed Jon Coots of the United States by 8kg.

Tokar was the only medallist in her category, while Ostapuk was joined on the podium by Uzbekistan's Azizbek Turgunov and Kazakhstan's Maxim Ten, who managed lifts of 114kg and 111kg, respectively.

A full list of results can be viewed by clicking here.