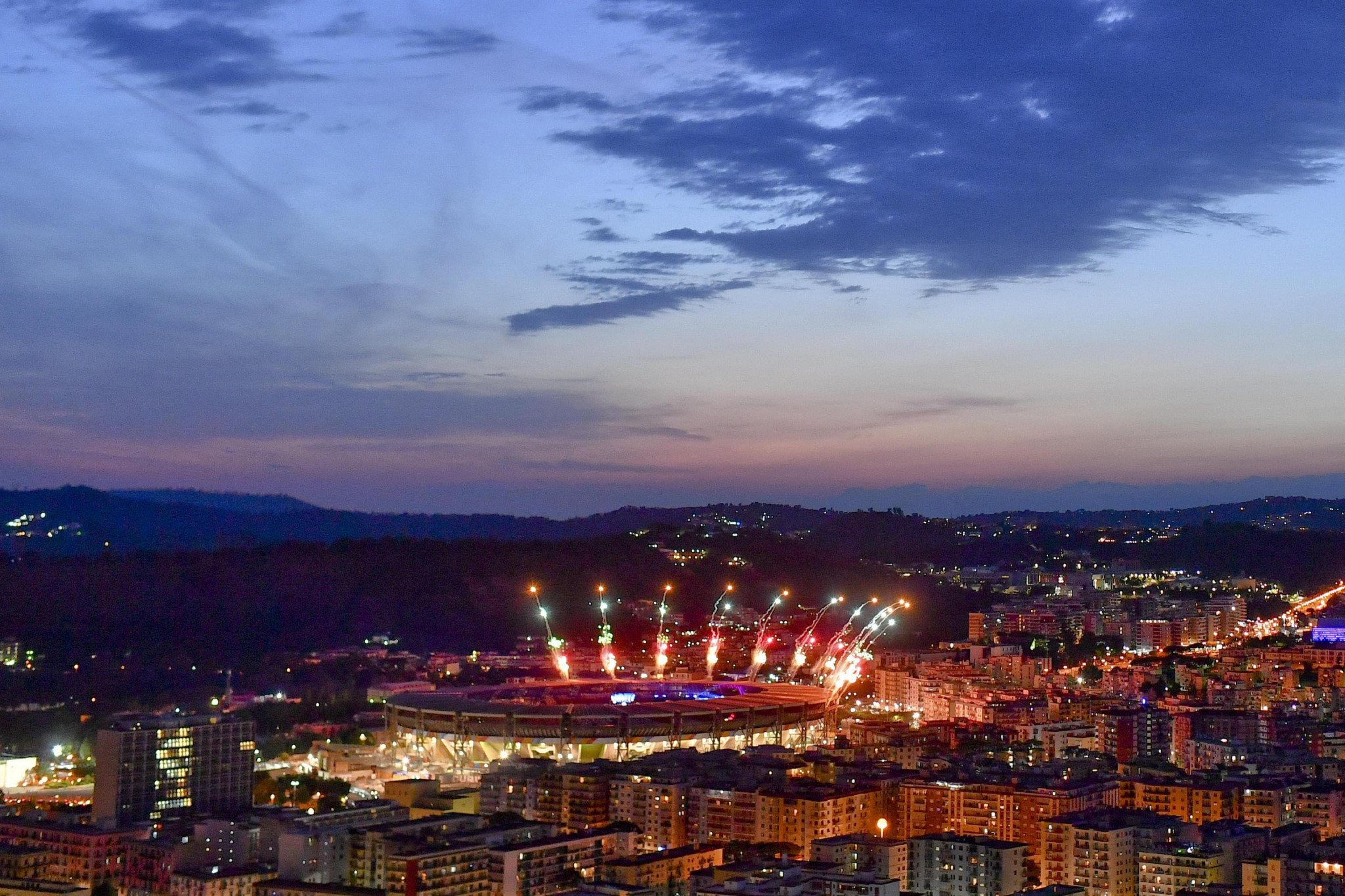 The Naples 2019 Summer Universiade came to a vibrant conclusion as the baton for university sport was passed to Chengdu, China, here at San Paolo Stadium.

As the sun set on 12 days of competition in the region of Campania, a video reel broadcast the sporting highlights of the Universiade, with Italy winning 15 golds as part of their 44-medal haul.

The Closing Ceremony was compered by Italian comedy group The Jackal, who opened proceedings by introducing the idea of a suspended coffee – a Neapolitan tradition that symbolises a simple gesture of support to another person.

Athletes carried messages of thanks to the organisers during the athletes' parade in front of 40,000 spectators.

Extraordinary commissioner of the Naples 2019 Organising Committee, Gianluca Basile, thanked the delegates who had made the Universiade possible, namely the International University Sports Federation (FISU) and the Italian Student Sport Association (CUSI).

He also thanked Italian Prime Minister Giuseppe Conte for his government's support and praised the passion of the athletes, delegates and volunteers for the roles they had played in producing a Universiade that Italy could be proud of.

FISU President Oleg Matytsin officially declared the Universiade closed before the baton was passed to the next Summer Universiade hosts, Chengdu.

Daisy Osakue, who won gold for Italy in the women's discus earlier this week, carried the Flame onto the stage before it was extinguished.

The Closing Ceremony was produced by Balich Worldwide Shows, who also turned the San Paolo Stadium into the bay of Naples during the Opening Ceremony.

Creative directors Stefania Opipari and Marco Cisaria led the project for the Closing Ceremony, where a 45-minute concert gave the 6,000 athletes a fitting send off with performances from Italian musicians Clementino and Mahmood and Austria's DJ Sonic.

Fireworks shot into the night sky as the curtain came down on the 2019 Summer Universiade.