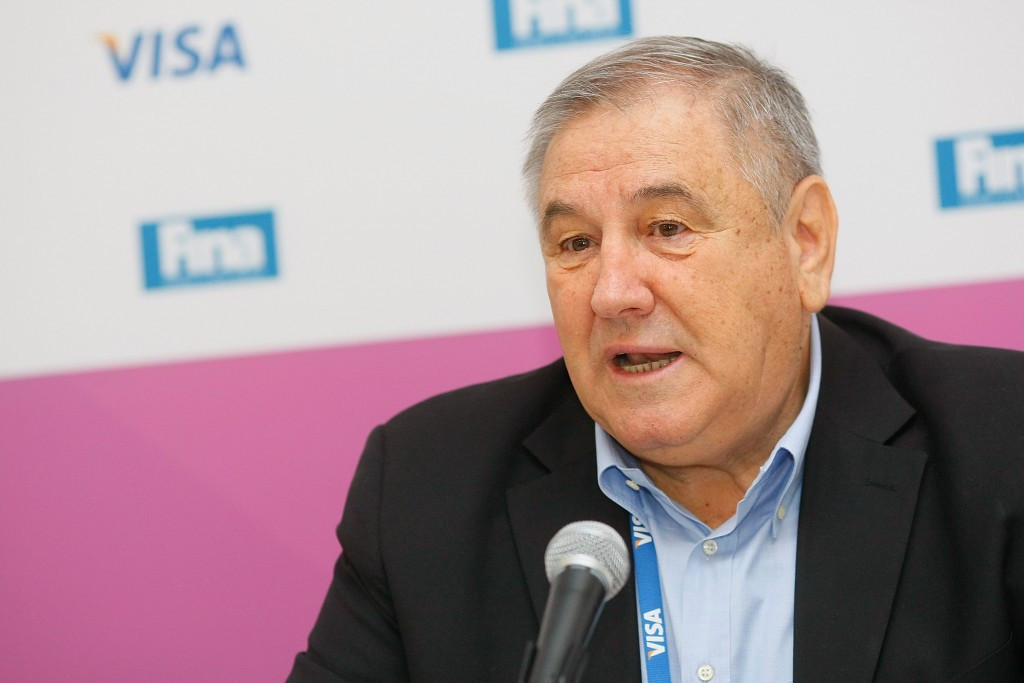 The intended launch of the ISL last year saw FINA counter-launch it's own Champions Swim Series and the battle saw swimmers initially threatened with bans, before they clarified in January that swimmers were free to compete in any competition they want to enter.

The Congress passed an amendment to the "GR4 unauthorised relations" clause which now states that "each member that organises or sanctions the organisation of a competition shall strictly enforce or procure the enforcement of the FINA rules, including but not limited to the rules governing eligibility at or in connection with the competition".

Previously the rule reflected suspensions of one to two years but, following widespread criticism the amendments seek simply to obtain a permission from swimming's governing body for outside competitions, according to FINA executive director Cornel Marculescu.

"The changes are not impacting the function of FINA but clarifying more the existing sports development," he said.

"They address what the International Federation is and what we are covering.

"They also look at how we are going forward with the relations with independent organisations.

"The FINA position is that any organiser should work with the federation and they need to follow FINA rules and calendars.

"If they follow our guidelines then there is no problem and we will organise the result.

"However, if they go by themselves, without us, we will not.

"We need to keep the structure of the federation maintain FINA's core elements."

Delegates from 194 Federations gathered for the Congress held on the 111th anniversary of the founding of FINA.

Decisions included adjustments to the electoral system for the FINA Bureau, as well as additional guidelines being added to the suspension or termination of FINA membership.

On suspension two elements were added which state that, "the FINA Bureau will have the power to suspend a member in case a member is unable to preserve its independence in accordance with C8.2.8 for reasons beyond its control."

It continues: "Suspension implies in any event the suspension of the right to participate to the Congress. In each case of suspension, the FINA Bureau determines the further effects of the suspension on the member's rights and notably without limitation, the effects on the possibility for the members representatives or their members, officials, competitors, support personnel to take part to FINA or other members activities, or to exercise or be candidates to FINA functions, and/or to receive support granted to FINA members."

Election alterations for Bureau candidates were also amended with the guidelines stating each candidate must be proposed to FINA by at leave five members from the candidate's continent four months prior to the FINA General Congress and they must have played an active role in aquatics for at least 10 years before their proposal as a candidate.

An eligibility check would follow and anyone applying for the position of President would not be eligible to apply for any other position within the Bureau at the same time.

A key addition to FINA's doping control rules clarified the Federation's relationship with the International Testing Agency as it addresses the delegation of its obligations and responsibilities to anti-doping rules.

With regard to vacancies in the office of the President, the rules have been amended to state that a vacancy would be filled by the first vice-president until the election of a new President at the next Ordinary General Congress.

Previously, the rules said the Bureau would decide on the place and date of the next Congress within a three-month period of the office of the President becoming vacant.

A requirement for the The Bureau to meet at least twice a year was added, as well as the President's role in convening meetings of the Bureau and providing an agenda at least seven days in advance by letter or mail.

Additionally a quorum of 13 members and five members would apply to Bureau and Executive meetings, with decisions being made by a majority.

During the Congress, all of the amendments to the FINA Constitution, doping control rules, facilities rules, were agreed and ratified.