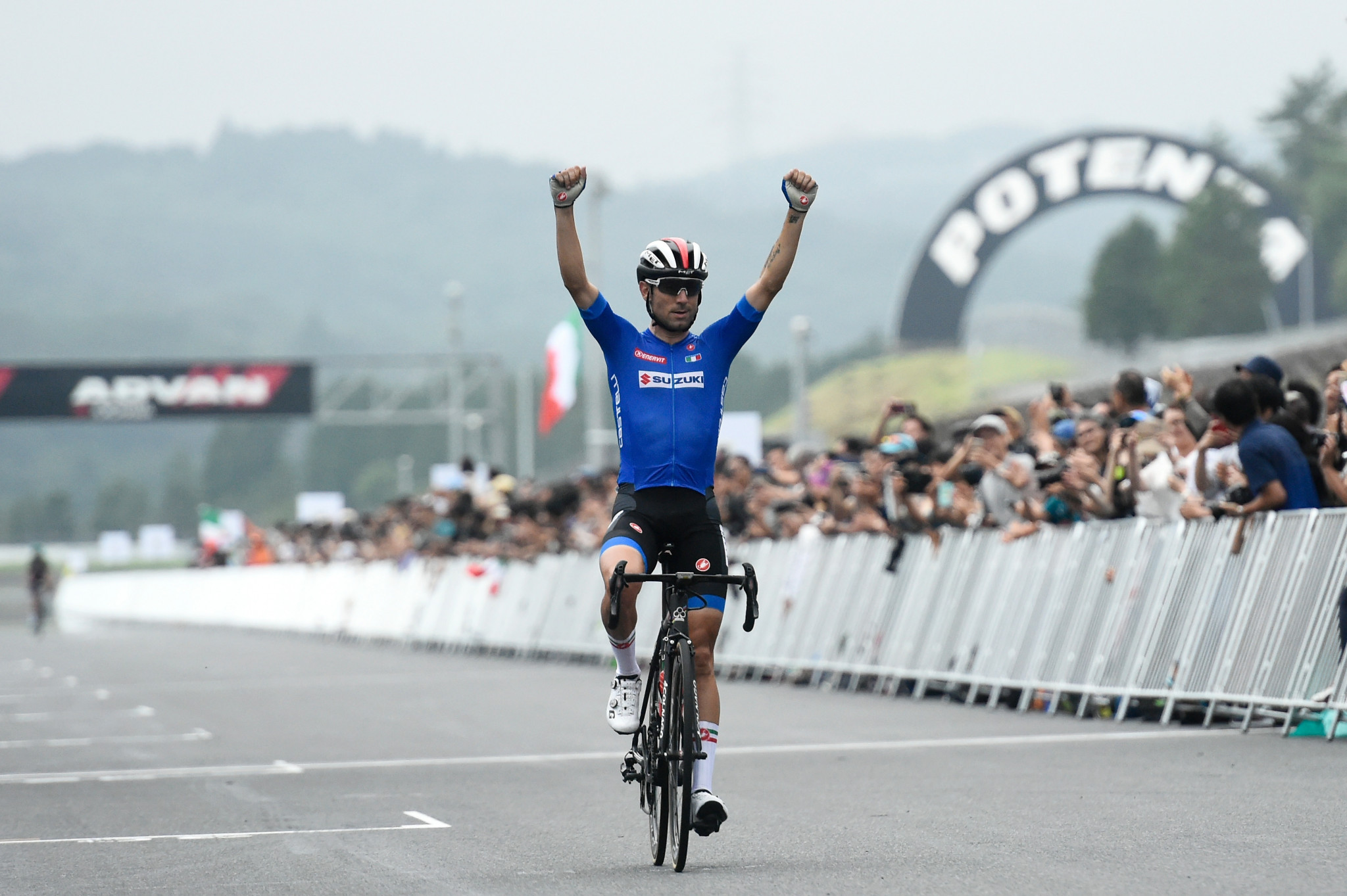 The 30-year-old clocked 4 hours 50min 53sec after a 179 kilometre road race which covered part of the course Olympians will tackle in and around the Japanese capital next year.

Beginning at Musashinonomori Park and ending at the Fuji International Speedway, Ulissi claimed a 17 second victory over his team-mate Davide Formolo.

Nans Peters of France was 1:52 back in third position.

Ulissi prevailed on a course which suits the climbers, with the Doshi Road, Kagosaka Pass and Mikuni Pass all ascended today.

At the Olympics the lower slopes of Mount Fuji will also be tackled but the iconic attraction was not part of today's test event.

Cyclists went over a bridge known for its beautiful arch. 🚴⛰️ #ReadySteadyTokyo pic.twitter.com/fF6dYQcVxJ

A 234km course will be used for the men's road race at the Games.

The action was one of 56 test events which make up the "Ready Steady Tokyo" programme and which are due to take place until May 2020.

Some are scheduled domestic and international sporting events that happen to be taking place in Japan during the build-up to Tokyo 2020, while 22 are dedicated Olympic and Paralympic test events.